HOW TO USE TWITTER SPACES TO BUILD YOUR COMMUNITY 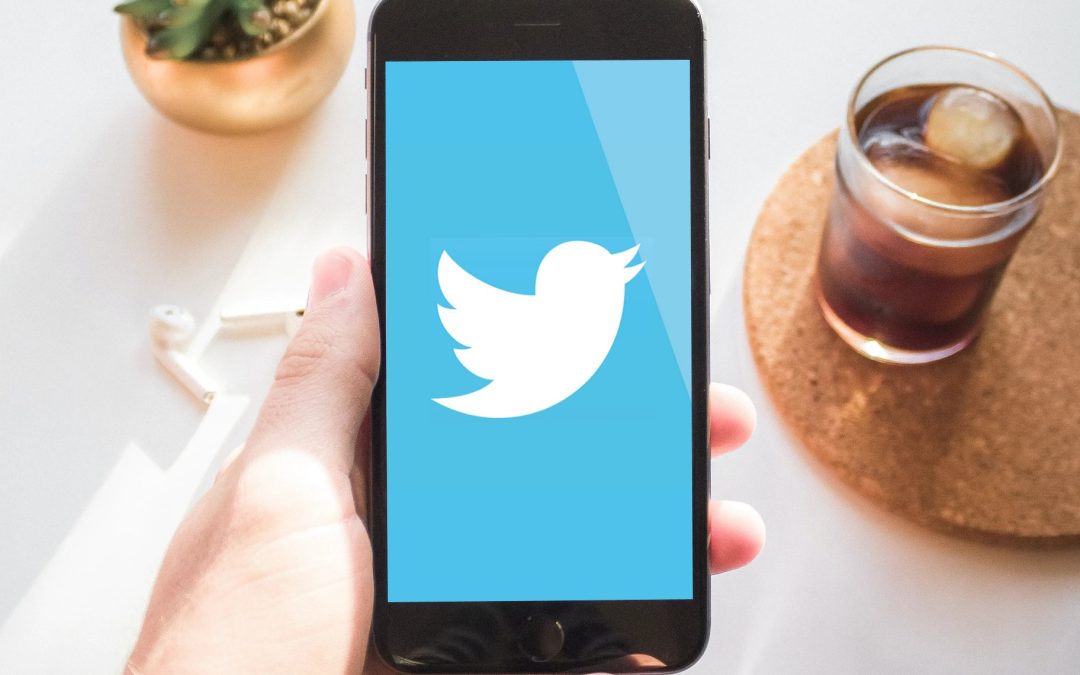 HOW TO USE TWITTER SPACES TO BUILD YOUR COMMUNITY

What Is Social Audio?

I think the easiest way to explain social audio is Zoom without video.

Everyone has at least had a request or at least several Zoom sessions.

So Twitter Spaces and Clubhouse, which sort of invented the idea in April 2020, said, Wouldn’t it be cool if we could get together and not have to put the video on?

We can connect, we can talk, we can do our thing.

Twitter Spaces is just one of a series of about 70 now sites that have decided to really pick up on this thing.

They know people are zoomed out, “Zoom Fatigue” we call it.

People are sick and tired of having to put their video on when people call them.

So now this is a phrase - Social Audio

What Brought You To Social Audio?

It’s a very important pivot, and it is a very major pivot for me.

This was a prediction by Cisco I think.

I said, okay, I’ll embrace that stat, and I’m going to become “The Twitter Video Dude”

I had this show on Streamyard every week, and I sent the file to Twitter, to LinkedIn, to YouTube, and I loved it, but it was a lot of work.

It was a lot of work.

I’d have to organize guests, so I had to speak into the camera and I had to manage questions.

I could have got a team, but I wanted to do it myself.

When that one thing happened, I tell you what, it just changed my whole life because instead of having to have a webcam and a light and a fresh shirt and a shave and doom a hair and to have the correct lighting and the background blurred out.

So it looked really funky and like the TV.

There are six things I just got rid of right there.

I could focus on the show, and I just eased into it.

More importantly than that, I noticed that more people came.

I just got better ROI, better engagement, like I got a better result right at the moment.

So, I thought, this is the future. I’m doing this for sure.

So I’m buying some more tech and I bought a new mic and I’m really excited that I now sound like I could have seen and wanted to be on the radio.

There are people here that want to hear what I’m saying and want to talk to the people that are in the room.

I just think the engagement is better and it’s less work.

I’m not convinced it’s the leader because it has a few things missing but I can tell you what I do like.

It links to 200 million daily users.

We’ve got a captive audience looking for stuff.

There are other sites, that shall remain nameless today, and they might have better features, but there’s no community there that’s not as big a community there.

They have great features, but they don’t have this community.

So the reason I love Twitter spaces is that there are 200 million people that are here anyway.

Twitter is possibly is leading the way because it offers that inbuilt community.

How Do You Use Twitter Spaces For Your Brand?

I was running a show on StreamYard, which I called “Virtually Unlimited TV”.

It was a bit of a play on words because we were in lockdown in Australia.

I the 18 months since March, it just feels like we’re always locked in our house.

I started a show on Stream Yard, which was video called Virtually Unlimited TV, which I love doing.

I did it every week, but it was a lot of work.

We are really a one big global community hanging out on the Internet on our phones.

My style of show is that I really don’t know what I’m doing yet because it’s brand new.

I Simply Try Things On The Show

There’s a brand new app, I’ll try it out.

My shows are very much how-to guides.

We have a bit of a chat, too, but there’s always a premise, and they’re quite engaging.

This is the hook for Twitter Spaces and Social Audio in general.

You’ve asked me a question and I can answer it right now.

Podcasting is me speaking to Jia and recording it for later.

You can’t ask me a question, you can only listen to it.

You can DM me perhaps when you’re walking on the beach (etc) but you can’t ask me a question right now when we’re in the flow.

Twitter Spaces is this very unique creature in that way.

There are 35 people in the audience at the moment, and they can ask questions of the guest and the host, and even other speakers.

It’s actually the closest thing we have to a real room that I’ve ever come across.

What Are Your Predictions For 2022?

This is actually a very important question because I’m used to livestreaming and I’m used to having a dashboard.

With StreamYard, which I love still love, I have a studio piece of tech that runs on my PC and I can send the file to three and even ten places at one time.

I’m used to that Twitter Spaces is not there yet and we’re running everything off our phone.

I’ve got a $50 mic plugged in with a little adapted to the one port that’s on my Samsung phone.

I’m used to having everything on my desktop.

So what will happen in 2022 and it’s starting to happen is that we’re going to start getting better tech for our desktop and our laptop so that we can run proper professional shows.

That we don’t have to cobble together pieces of tech that just don’t fit and we have to get all these adapters and we’re all trying to work out what to do next.

The prediction is that Twitter Spaces and Clubhouse and Spotify Green Room and the LinkedIn version and the Facebook version and the 70 other versions will come together under one universal product, a little bit like HubSpot or StreamYard, where you can use one piece of tech to talk to all your followers.

Because one of the things that people have said to me is if I’m on Twitter spaces, I can only talk to people that are on Twitter.

What about all my mates that are on Instagram?

Where are they? We miss out on those.

Someone, I don’t know who, but someone will invent what I’m loosely calling a “spacedeck”, a dashboard that will work with Twitter spaces and other things.

I’m looking forward to the time where I can actually run a professional type show with the dashboard rather than a phone.

What advice do you have for someone new to Twitter Spaces?

So if you have an idea for a Twitter space, you can do it two ways.

You can just say, look, okay, I’ve got nothing to do today.

Not everyone’s up for that.

However, if you can just schedule ahead and say, pick a title and a time, and it’s very easy to schedule just DM me.

If you want me to tell you how to do that, you just schedule ahead.

You can schedule up to two weeks.

Then what you can do in the time between now and when you’ve scheduled is, you can get a few buddies together to say, look, can you come on this one with me and just hold my hand?

So I’m not talking to myself because I don’t know what I’m doing.

Once you get your mojo, once you’ve done a few and you push go and you realize how easy it is because it is easy.

Once you’ve done a few of them, two more of them, and it’s like anything you’ve got to start.

You just schedule something for tomorrow.

Tell a few of your mates, have a go.

You just delete it and goes away.

So there’s nothing really to lose.

This is brand new, and no one knows what we’re doing.

We’re all in the same boat.

As part of my Twitter marketing consultancy, I have two main divisions now.

One is that I love speaking internationally at conferences, but I don’t like to fly.

So I actually created this product called “Zooming In On Twitter”, where I offer to Zoom in or whatever tech is current at the time.

I just basically fill people in on what’s going on, exactly what we’re talking about here.

You’ll see that I’ve spoken in New Zealand and Jamaica and there are some cool testimonials there.

I just love the idea of sharing what I know, but I hate flying.

So that’s one idea that I’ve started doing my virtual world tour.

On the other hand, if people do want “one on one” experience, I offer that as well.

If you want me to call you and work you through how Twitter spaces could work for you, then I’m happy to do that.

So I do have that facility in case people do need it.

You can get a similar type of thing at some of my Twitter spaces for free.

However, if you want personal one on one information, there is only one of me.

I can only work so many hours in the day, so I have to segment that.

But I can either talk at a conference or I can talk in person.

Where can our audience find you?

I went and bought that URL because I just knew that there was going to be something going on here.

We’re making it up as we go, and I think that is actually ultimately the best place. 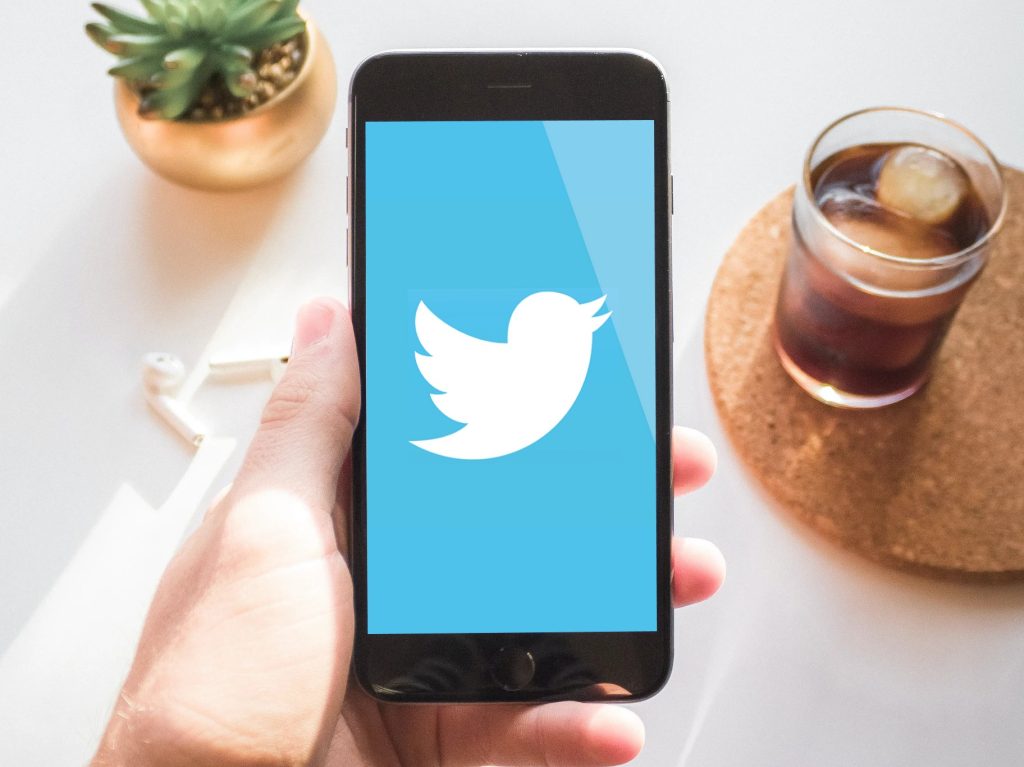