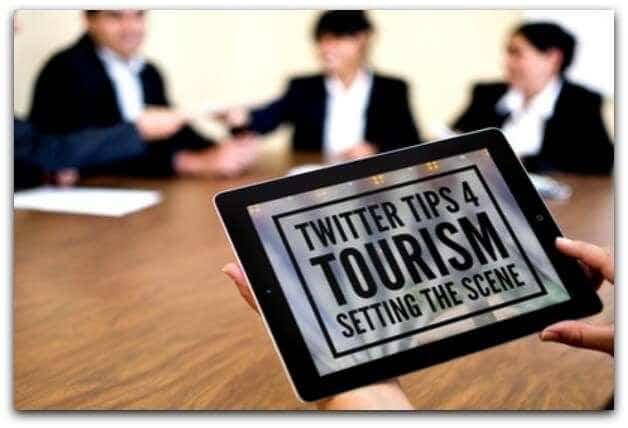 A Podcast About How To Use Twitter To Market Your Tourism Brand.

Keith Keller: Hey guys, it’s Keith Keller here in Melbourne, Australia and we’re starting a brand new podcast today Twitter Tips 4 Tourism - it’s a new 10 part series, there may be more, but at this stage it’s going to be ten part.  We’re talking about the idea of using Twitter to build your tourism brand, whether you live in New Zealand, Australia, Canada, Cuba, the Philippines, wherever you are in the world.

How you doing Tracey?

Tracey Gayner: Kia ora Keith, how are you?

How do I use Twitter to promote my tourism brand?

I’m going to talk a little bit about this today.

Do you want to tell me what you’re doing with your Twitter account and how you’re using it? and then we’ll throw it back into the laying the foundation idea.

Tracey: Sure, so about four weeks ago now, I met Keith on Twitter, he was one person that actually direct messaged me as a person rather than some sort of recorded animated thing and it was really neat to be able to engage, to be able to connect.  So and that’s one of the reasons why we’re doing this today isn’t it Keith really?  that’s how we met…

Keith: Yea less that four weeks ago, we thought let’s make something, let’s make some stuff and it’s a fantastic way to network and meet people isn’t it?

Tracey:  It certainly is and over the past four weeks I’ve learnt so much, I’ve done a lot of listening to your Twitter - Crack the Code or Crack the Twitter Code sorry and in it was one of the most interesting things that I found in it was how to do your three part, your three steps to magic really.

Your Twitter Magic 123 and that was following people, so I had no idea how to follow people - as in how many people I should be following, whether or not I should actually be heartbroken if they leave me and I did I was like oh I need that person because if that person goes I’m never going to get another one and so when I met you Keith I was tweeting not very well I was all over the place, I didn’t have a blueprint for success, I had no foundations - I had 171 people and then in four weeks, it’s nearly 1300.

Keith: That is astonishing!!

Tracey: I know, when I got to thousand so every, one of the biggest tips which was the greatest one that you said to me was - screenshot what you have, like where you are now and keep a track of it and I’ve used the screenshot so much that I’m that my button is wearing out!!

A lot of people don’t think they are, but they are.  This format for Twitter Tips 4 Tourism is not $29.00 for 5000 followers, someone click, someone clink in there to follow you for money.  This is a real person living in Berlin, or Manilla, or London, or Manchester and it’s quite possible that that real person could be a friend, a JV, a client, a referral partner or just someone that shares your stuff.

You actually treat Twitter like that, that you’re talking to real people and that they’re on the other side of the world and you’re having a conversation, everyone is precious.  It’s not about having 5000 followers in 60 days.

It’s about having engaged followers today and you’re now starting to find that of those 1300 people quite a few of them are chunky and engaged and you’re having chats.  You’re talking to real people.

Tracey: …and that, what I mean is don’t be heartbroken when they leave, what I meant is did they actually resonate with your message? Do they actually get what you’re saying and if they don’t, then you know it’s ok. let them go because they’re not going to be part of what you’re trying to say, what your message is and they might not understand what on earth you’re talking about and so having conversations with real people.

I’m just ecstatic because I don’t get this much interaction, it’s not this fast, the conversation is not like you say - it’s not chunky on Facebook, but on Twitter…

I mean these are real people that are using this site and may very well wanna come to your site, whether it’s a B & B or a restaurant or a tramcar ride up Wellington mountain or whatever it is or a boat ride on the Oslo or in Queenstown.

You know might be whatever you do, there’s people around the world looking for the next holiday, looking for the next adventure and when you get your head around the global stuff and this is the big story about Twitter, this is the big story most people don’t get - when you run a business most people are used to going to meetups in their local town.

On a Wednesday night, you have a coffee with someone you have never met and then walk the dog or they build a website, or they fix cars, or they might do SEO or they might do something that’s related, but they might not and you just get in a room with lots of people and may be you make some synergy and may be you don’t but they live in your town, so you’re limited by the amount of people that live in your town, but what happens if you could network with someone in Peru or someone in Los Angeles, you know or someone in New York or Toronto, who thinks you know what I need a holiday, wouldn’t mind coming to your place, looks pretty funky - what do you do?

Suddenly you’ve got the whole world, as your potential marketplace, when you get that mindset it’s very exciting isn’t it?

Tracey: Well as you say Twitter is really a Global Village and I think wasn’t it last week or the week before when you actually had somebody following you from Fiji? and you had a conversation with them?

Tracey: So yea it’s kinda like if you’re going to have a business and especially if it’s tourism don’t just think in your backyard because your ideal client or your clientele might not just be across the backyard, it might not just be within your little town.

Keith: Yea, to tweet or not to tweet - the answer to that is why not, but look I’ll wrap it up here - this is the first of a series of podcasts, we’re going to do under the heading of Twitter Tips 4 Tourism, there’s going to be ten of them, at least ten of them because we’re actually creating some videos down the line which is going to be part of a whole new project that I’m creating.

But I wanted to leave you with the idea that I’ve been using a site called TweepsMap and today’s stats and I’m very proud to share these, today I reached 7.6 million people in 176 cities in 44 countries. So I did that for free by using Twitter and a few little techniques, which I’ve mastered over the years and I’m gonna share in this podcast series.  I’m very, very excited, I can’t wait to come back next week and keep this going for everyone.

Tracey: Well congratulations Keith, I mean that has really skyrocketed and just being able to show us, you know what type of power there is in being able to tweet.

Keith: Yea - well let’s end it there and we’ll talk next week with this ongoing series Twitter Tips 4 Tourism.

ADDITIONAL RESOURCES YOU MAY ENJOY 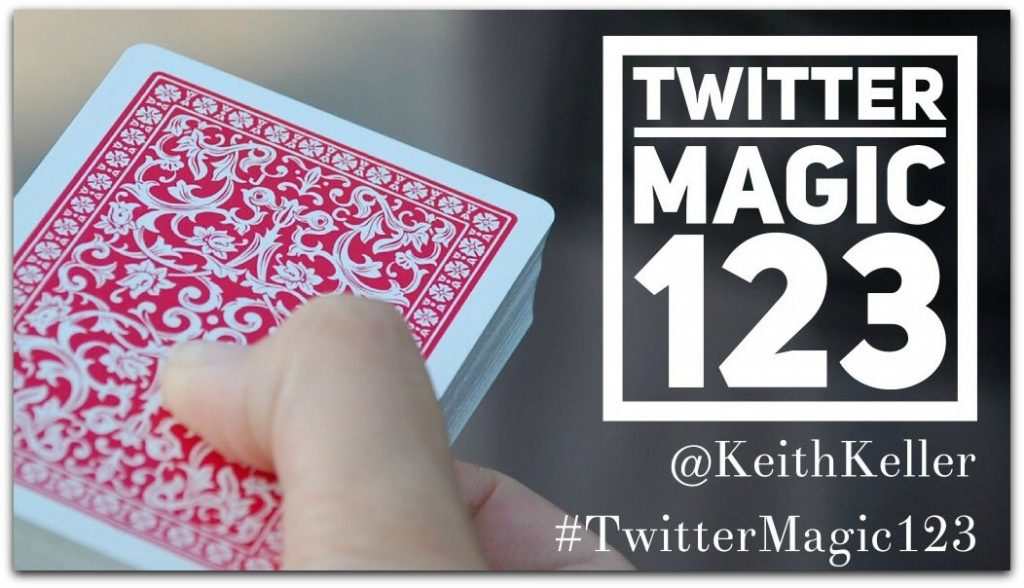