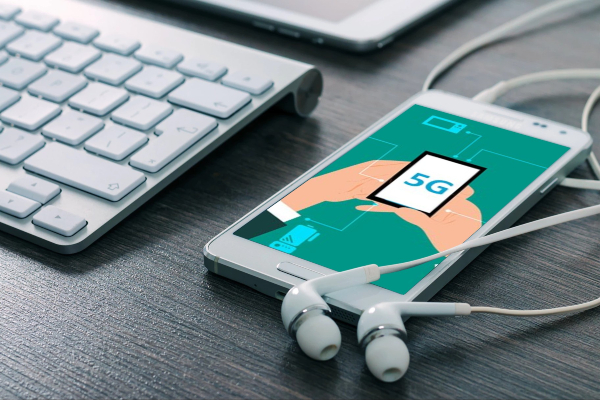 Guest blogger Ralf Llanasas talks about the exciting new possibilities for musicians with access to the 5G network.

A series of technological innovations have built the world we know today.

5G, a mobile network technology many years in the making, is the latest and most anticipated of these innovations.

With speeds of up to 100 times faster than current 4G networks, 5G is sure to make music streamers a lot happier.

The fifth generation wireless network technology is already here but only available in select locations.

Despite the buzz of its availability, the technology, may not actually be fully available to the general public for a while yet.

That’s because tech companies, as well as the countries themselves, have to adapt to the new 5G capabilities.

This means building the necessary infrastructure for such an advanced network.

Some of those countries in the forefront so far are: 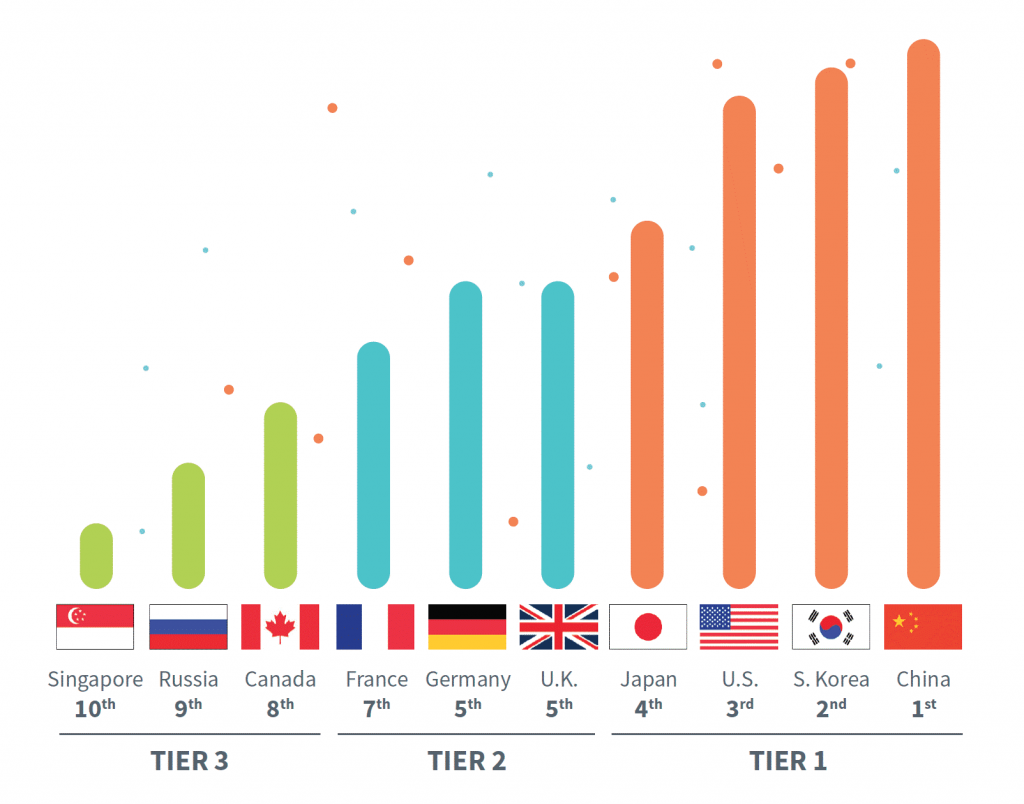 So How Can Music Streamers Capitalise On 5G?

The introduction of 5G wireless technology is a boon for both music streamers and listeners alike.

Music lovers and streaming sites could capitalise on these new features in few new ways:

Ultimately, the biggest advantage 5G networks will have over their predecessors is faster connection speeds.

Theoretically, 5G is expected to hold an upper limit speed of 10 Gbps (Gigabytes per second).

This could mean wonders for music streaming websites, apps, users, and musicians as well.

For users who prefer to have music files locally stored on their devices, this means easier and swifter downloads.

Music lovers may never need to worry about skips and lags while streaming tracks again.

That painstaking experience of waiting for songs to buffer will likely be long gone with the emergence of 5G.

The ability of 5G networks to potentially solve this issue may ultimately prove to be the one of the greatest advantages to music streaming websites and applications yet.

You can reasonably expect that your songs to stream instantly when launched with a 5G connection.

It’s as if the music files existed locally on the device itself.

The promise is enormous!!

Music streaming sites, and users alike, are also expected to capitalise on the lower battery consumption.

Unlike its predecessors, utilising 5G doesn’t require as much battery usage, which means longer hours of music streaming enjoyment.

The Rise of Music Streaming

Listening to music in the digital era is a far cry from the years before.

There were only a handful of ways to enjoy music decades ago.

Today though, music lovers simply load an app on their phones and stream music.

Streaming music would have sounded like a completely obscure practice decades ago and absolutely impossible to imagine.

The ability to access hundreds of millions of songs at the swipe of a screen shows just how far technology has evolved from what it used to be.

Some of the more popular websites include Spotify, Apple Music, Deezer.

…. but there are so many more.

A Closer Look At Spotify

It has risen in ranks to become one of the most popular music streaming applications in the world.

According to its official Q3 report, Spotify boasted of 191 million users monthly, 87 million of whom were Premium subscribers.

Although Apple Music maintains the lead in the United States (US), Spotify can easily boast of holding the reigns in the global market.

Apple Music reported a sum of 40 million subscribers as of April 2018.

Spotify, on the other hand, recorded a total sum of 83 million subscribers in June of 2018.

The company maintains a 36% market share in the global streaming service market. 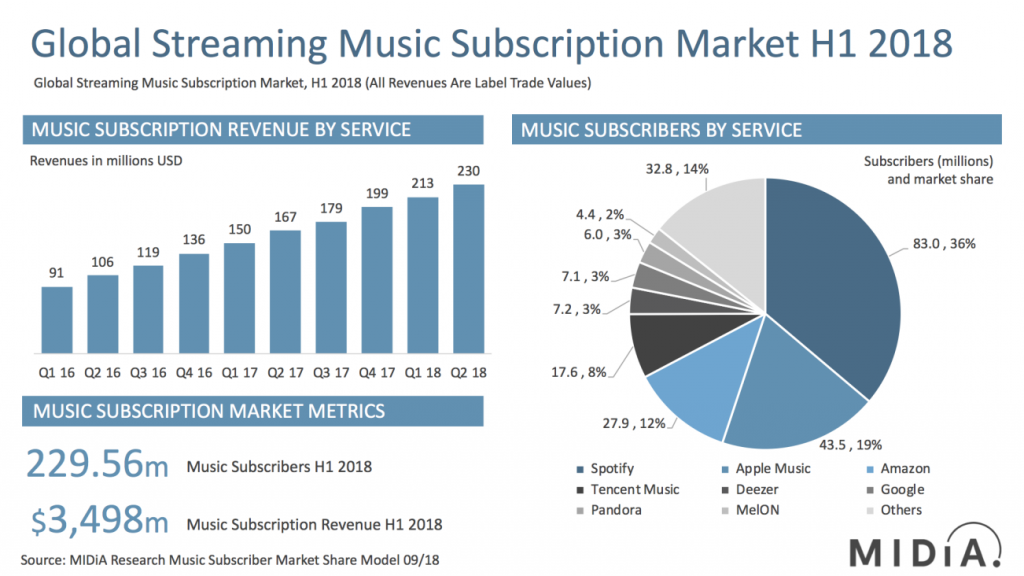 How Can Musicians Get Their Music On Spotify?

There are several music streaming apps out there.

Spotify, though, is far more dominant than the rest on the global stage.

This makes the app a great way for musicians to showcase their material to the world.

Here’s a quick look at how:

Spotify works with companies that handle licensing and music distribution.

This comes in handy for artists who want professional distribution of their content.

These companies often require a fee or commission to handle music distribution so musicians are advised to weigh their options properly as each company provides a unique service.

While Spotify is an open platform, content may be removed if it is found to be infringing, illegal or hateful.

The establishment of 5G into the mainstream mobile market could mean a lot for many industries.

The music streaming industry is just one application for this exciting developement.

Combining high internet speeds, lower log times, and the ability to conserve battery life, 5G could well be the next step in the revolution for the music industry.