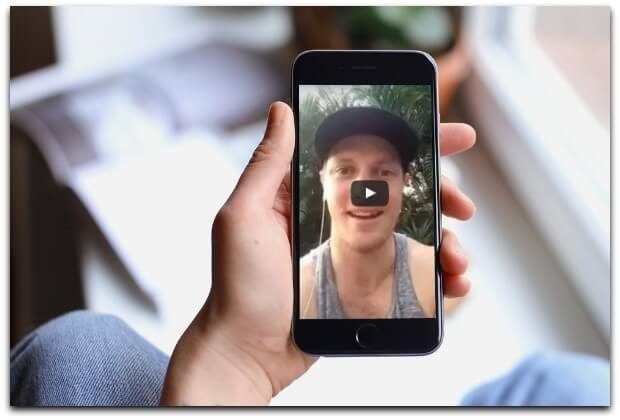 A Guest Blog By Paul Thomson

A little over a week ago, I decided to start a Periscope challenge in that I would scope every day for 7 consecutive days.

With absolutely no experience using Periscope before, I really wanted to try it out!

I’d never dabbled in live streaming before last week, and it’s not something I’d ever giving much thought. There was a moment recently that really tweaked my interest, and started the ball rolling. I happened to stumble across a Facebook Live stream from the man himself, Mark Zuckerberg. Watching Mark hanging out on Facebook Live, I was completely fascinated, and that’s exactly what got the ball rolling for me…

Now, my Facebook profile is traditionally family & friends, they know me & see me all the time, so I didn’t feel like it would be useful for me to experiment with live streaming on that platform. On the other hand, Twitter is my key to the world. I am very lucky to have so many amazing connections on Twitter, reaching every corner of the globe!

I’m truly grateful to have a really great bunch of engaged followers.

For this reason, I decided to choose Periscope as my weapon of choice in my crazy social media experiment.

You can find my Periscope profile at: www.periscope.tv/ThomsonAus.

So, here’s the top 3 weird things I learned throughout the experiment week:

I felt so uncomfortable and a little embarrassed at first. I wasn’t quite sure how I was going to make each scope successful. Right of the bat, I was feeling self-conscious as I had never sat alone & talked directly into a camera before. Some major vloggers like Casey Neistat often speak about how difficult it is to talk directly into a camera. It felt downright weird, though as time ticked over & the comments flooded in,

I soon realised I wasn’t alone at all. I was broadcasting live to the world!!

After that realisation, it began to become less awkward & I started to get into the swing of it! I wrote up a fun mid-week update if you want to check it out.

(2) I’m More Interesting Than I Thought I Would Be.

Let me just give you some context here. I live in a tiny town called Innisfail in regional Queensland, Australia. I’m not famous, or an elite athlete and I don’t have any special skills or talents.

I had no idea if anyone would even want to watch my scopes! I couldn’t comprehend why anyone would want to “watch me”.

As it turns out, I’m more interesting that I thought I would be. I spent a lot of the time during the scopes answering questions about myself, my home and Australia in general (Vegemite & kangaroos). It was a really cool opportunity for the rest of the world to get a small view into life in Australia. I quickly realised that I took a lot for granted.

For example, what the street looks like outside my house & that blew people’s minds!!

Let’s take a look at traditional vlogging/Snapchatting for a second. You essentially have the opportunity to edit out all the stupid things you’ve said or the weird faces you’ve pulled. However, when you’re live streaming, you don’t have that luxury! I had a moment which was hilariously embarrassing. I figure it’s already recorded so I may as well share the moment here as well!

TL;DR Arguably one of the greatest footballers/athletes of the modern era drops into my scope and I didn’t believe it was him at first.

If you’ve never heard of the name Sonny Bill Williams, do yourself a favour & Google him. He’s a monster footballer, an amazing human being and super famous. Sonny’s a genuine bloke & much-loved athlete down here in Australia & New Zealand.

About halfway through my scope, a user pops on by the name of @sonnybwilliams.

I jokingly said, “Ohh, wouldn’t that be funny if the REAL Sonny Bill Williams popped in here.” To which he replied, “How do you know it’s not actually me, bro?”

My heart stopped. My jaw hit the desk. I started panting slightly, as I frantically tried to search for this handle, as I was asking more questions to stall for time.

As it turned out, Sonny was sitting on a private jet with a bunch of his rugby 7’s teammates as they were about to leave the country heading to Rio for the Olympics. By this stage I was one flustered fella, I couldn’t believe THE Sonny Bill Williams & the team were hanging out watching my scope.

The most embarrassing moment came at the end, though, when I was saying goodbye. With a heartfelt stare into the camera, I said, “All the best, fellas. Australia is behind you.” Ladies & gentlemen, I was talking to the star player of the New Zealand national rugby 7’s team… I have grown up watching Sonny and know he’s a New Zealander! I couldn’t believe what I had just said, but it was too late. It was already out in the open?—?broadcast live instantaneously to the world (and subsequently recorded forever).

My next social media experiment?

I’ve definitely got the experimenting bug now! I’ve become really comfortable with Periscope in just 7 days. I’m still fascinated by video and rich media content. I’ve been thinking about what I can do next & I’m exploring some ideas for Snapchat or YouTube possibly.

If you’ve got any advice or thoughts on where I could dive into next, I’d love to hear from you!!

I’m looking for a new #socialmedia experiment to dive into next. If you have any ideas, I’d love to hear from you!

Thank you to all have have shared my posts & supported me along the way!

Here’s a wrap up of the challenge: