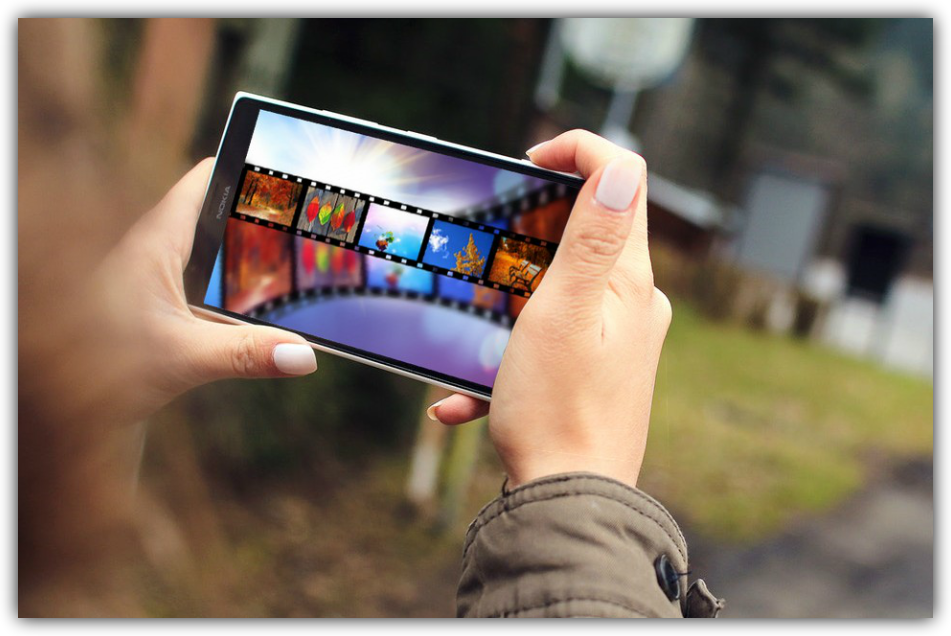 With the introduction of GIFs, autoplay, and Periscope, it has now become much easier for users to create engaging videos.

… and brands around the world are taking full advantage of that fact.

In this article, we will discuss Twitter Video best practices for brands and startups and how you can take advantage of this huge trend.

Why Video Marketing Is So Important Now!!

There are a number of reasons why marketers prefer video marketing, including

Higher engagement. 68% of users would share a branded video if it was entertaining

Easier to explain your product or services. 98% of users prefer an explainer video over text

Video ads do better with an average click through rate of 1.84% which is the highest of any ad format.

While Twitter was initially created as a 140 character limit microblogging platform, a lot has changed over the years.

Now users can share pictures, GIFs, and of course videos.

Twitter users have come to love videos with over 82% of them actively watching videos on it.

With Twitter’s latest update, videos autoplay on the user’s timeline which means as users scroll down their feed, they will see your videos play out.

That is one of the reasons why native videos on Twitter do much better than others.

You can either shoot a video directly through the Twitter mobile app or upload one.

….. and you can now have 140 seconds of video per tweet so there is plenty of time to tell your story and build that all important engagement with your audience.

It’s a great way to take your followers behind the scenes or give them a sneak peak.

GIFs have turned into a powerful way of marketing and is not just a fun way to respond.

Brands now use GIFs to share insights and custom content in a more fun and engaging way.

You are just soooooo good at this… pic.twitter.com/pew28Gb0Fj

Thanks soooo much for your support Jimmy!! pic.twitter.com/uh0qvaspkV

1.  Generate More Interest In Your Products

With small videos on Twitter, you can showcase your products in a more fun and creative way. Instead of making them as long as an advertisement, you can make the videos short (preferably 5 seconds) or convert them into GIFs so that more users can watch the whole video as they scroll through their timeline.

Starbucks too uses fun boomerang GIFs of their latest drinks with their followers.

By showcasing their products in a rather creative way, brands get ahead of the usual and bland ads which customers now find boring and uninteresting.

Another great way is to ask your followers to share their own videos with your products to get more user-generated content that will be both genuine and engaging for your followers.

The best way to encourage users to do that is by sharing a video of your own first. For instance, Oreo held a biscuit dunking contest and asked users to share how they dunk oreos in their milk.

Dunk where no one has dunked before! Grab an Oreo cookie and your smartphone and go to https://t.co/63NnXafSdx pic.twitter.com/8OpHrlPYu3

Apart from sharing on their own Twitter handle, they also collaborated with a number of influencers to similar dunking videos.

I successfully made a 4 story @Oreo dunk for the #OREODunkSweepstakes! check out https://t.co/6cfzziC0tH to learn more #ad??? pic.twitter.com/Dvq2WubeXK

By collaborating with influencers, the brand not only gets more engagement but their campaign hashtag is also used more

You can also announce offers and use videos on Twitter to share the products that are actually on sale.

This allows users to quickly have a look at the products which in turn peaks their interest.

Costa Coffee, for instance, was running a discount on their bacon rolls, and they made sure to use a video of their scrumptious burger along with a spinning coin to showcase how cheap the burger really is.

Get our Bacon Roll for just £1 when you buy any medio or massimo hot drink before 11am. https://t.co/3QebznlPg8 pic.twitter.com/cqz5zwE3HX

Similarly, Zivame used a GIF to announce a 50% off sale on their website and also show the dedicated prices of different products.

Our Most Wanted Styles Are Now on Flat 50% Off!
Shop Today - https://t.co/Z7w0vMmNAk pic.twitter.com/zaKgMxO7xr

Twitter videos are a great way to share teasers and snippets as they help build anticipation before the release.

It gets people talking on social media as they retweet and reply to the teasers you share.

The main intention behind this is to create more hype and get people excited way before the release.

You can either choose to release a standard 30 second long teaser or a bunch of small 5-second videos to keep the users guessing.

Hold your pets extra close for this one. OKJA, June 28. pic.twitter.com/bOLEHkwexo

In fact, Netflix also uses video content to announce the TV shows and movies that will be arriving in the coming month, instead of just sharing a large list with dates.

This allows users to see a small snippet of the show and if they like it, they can quickly jot down the dates for the new released.

On the other hand, if Netflix had just released a list with dates, many people would have to Google TV show/movies names and might not be able to discover new launches.

Here are a few of the new shows and movies arriving this month for when it gets too hot to function. pic.twitter.com/b5XbCKSkDH

By sharing videos about new product launches you can build a hype around the product and get people talking about it way before the release date.

In fact, you can start sharing small GIFs about the product followed by more longer videos detailing the product as the launch date gets closer.

A week before the release of Xbox E3, the company shared GIF of the product to build hype.

They also shared a link where users could RSVP for the launch event and watch it online.

As the days went by, Xbox continued to share videos with countdown to the release date and these posts got just as much traction.

Just 3 days to go till the #XboxE3 briefing!
What are you hoping to see this year? https://t.co/2HNJTRamtt pic.twitter.com/5mA8QE6eS2

Pokemon followed the same strategy on Twitter by announcing a release date along with a video of the game and a link where users could get more information.

When your products are marketed by influencers, it automatically increases the brand value and the intent to share increases by 6%.

But before the influencers share any videos, make sure that the connection between your brand and influencer is reinforced.

Also, the influencers should have the same audience as your target audience for maximum traction.

For instance, Calvin Klein has been continuously collaborating with influencers for their #mycalvins campaign.

Major impact: @IISuperwomanII has affected millions with her #GirlLove movement. Seen here, behind the scenes on set of her shoot for CALVIN KLEIN X @AmazonFashion. #MYCALVINS pic.twitter.com/q4bAhXCnJt

Similarly, Demi Lovato recently collaborated with Billboard Hot 100 Festival and she released an exclusive video on Twitter announcing that she will be giving away a number of festival tickets for free.

The tweet clearly got traction with 12k likes and 3.8k retweets.

The brand’s hashtag in turn got much more engagement and impressions.

To enter the contest and stand a chance to win VIP tickets, participants had to buy Herbal Essences products and upload receipt on the website link shared by Lovato.

This directly meant more sales for the haircare brand.

Who wants to hang out with me and win VIP tickets to @Hot100Fest? Enter here for a chance to win #LetLifeIn https://t.co/TjwXbGYMq9 #ad pic.twitter.com/BosbhBV1eZ

Periscope has allowed brands to take their followers backstage and show live videos of events, which they might have had to wait days for.

By using Periscope, brands are able to get more visibility and they are able to telecast the event to followers can’t be there to watch it live.

Louis Vuitton, for instance, shared a livestream of their recent collection which was on the runway in Paris.

To date the live stream has been watched over 300,000 viewers.

With most people getting their news on Twitter, the news channels like Economic Times have also started live streaming their content for breaking news and live press conferences.

8. Respond To Tweets With Videos & GIFs

Another great way to incorporate videos in your Twitter marketing strategy is by responding to any query tweets via a video.

It can provide your brand a great opportunity to put your team at the forefront and it will also humanize you brand in more ways than you can imagine.

#AskJenny @HarryMattick “did you know you had potential to win an Olympic medal? Was it always your goal?” #OneYearOn pic.twitter.com/LFRa7LKcFL

Cheers from Down Under Simonetta

Giving thanks is a global thing!!

Thanks sooooo much for being AWESOME pic.twitter.com/z9Xh5Qm2C9

Just posting videos on Twitter is not enough, you should also analyze them to see how well they are doing with your followers and how much traction they are actually creating.

To check these metrics, go to the Twitter Analytics page.

On the top menu, click on More and go to the Videos option.

If you will be posting a number of videos as part of a hashtag campaign, then to track each video tweet and to know what people are saying about the campaign, it’s best to track the entire hashtag with a tool like Socialert.

Apart from analyzing the total impressions and reach of the hashtag, you can also see how each individual tweet is performing and how other people are using your hashtag. 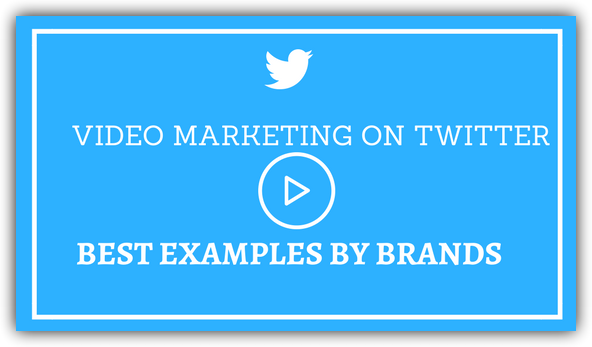 CoFounder of Twitter Tracking Tool Socialert, he believes in coming up with engaging tools to redefine the face of digital marketing.