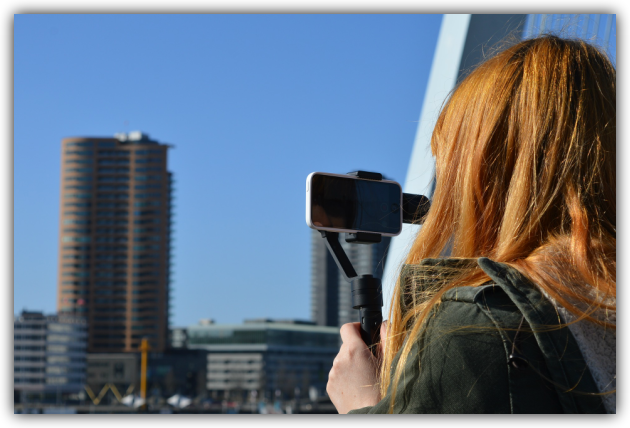 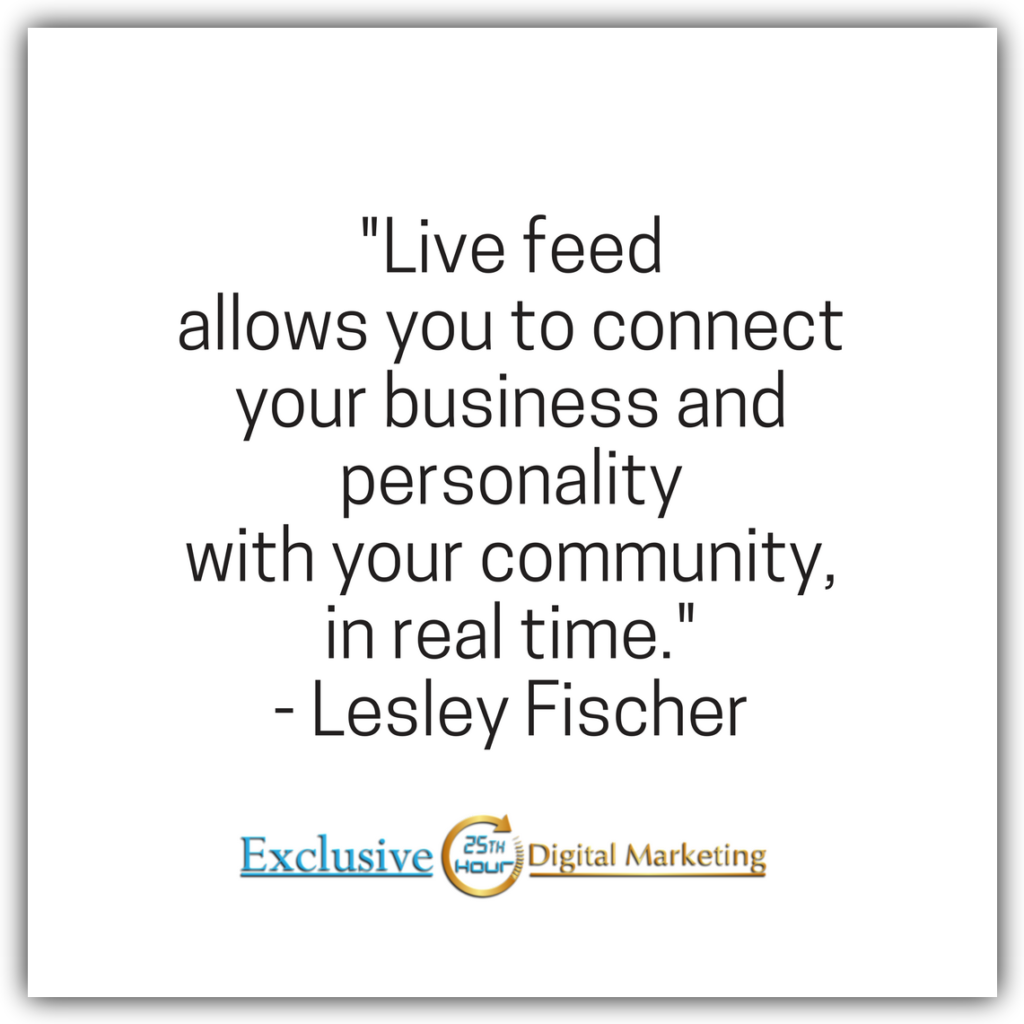 If you’re on social media, chances are pretty great that you’ve seen a friend or celebrity sharing a video of themselves live.

Live video on social media is changing the way we interact with our audience, each other, and the world.

Live video gives you the ability to interact face to face with your customers in real time.

Just as you would in a store.

As we’ve seen in recent catastrophic events, all four of these platforms have utilized social media and live video to communicate, to connect, and to aid in rescues.

It’s wildly interactive, even if it’s an older video that was once live, and is now just on your news feed.

The biggest benefit of live video however is “immediacy”

The truly interactive experience that you get when participating in a live video is only available during the live video.

Participation is the key element when producing a live video, no matter what platform you’re using.

While you’re hosting a live stream your audience  has the ability to make comments, ask questions, and chime in about what you’re speaking about.

….. and this in turn influences the content and the video as it iss being created.

You just can’t get more interactive than that!!

Each version allows marketers to reach audiences directly, in real time, and each differs slightly and in important ways.

But which platform is right for your content and your tribe?

Now, when you go live on Twitter, your reach can extend to viewers on both Twitter and Periscope.

Twitter videos will remain in your news feed after you’ve finished producing them.

This is a great way to keep the conversations flowing well after the live session.

You can then retweet, repost, or pin the video for ongoing engagement.

Overall, this is a great place to start with Live Streaming if you are on Twitter anyway and want to use your videos for personal branding.

When To Use Twitter’s Live Video:

Twitter and Periscope are perfect for spontaneous videos that you share with your followers on a moment’s notice, or when something unexpected happens.

If you’re at a conference, out on the street, or an industry event, you can live stream part of the day to your audience.

Heart reactions, comments from your audience, and how many viewers you have.

Just as Facebook is “THE” social media platform overall, Facebook Live is the arguably the default option for live video.

Facebook has the largest online presence so if your audience is already there you will likely find the some success by starting the process here.

Facebook Live is great for live-action shots, or independent solopreneurs.

When you want to reach a targeted demographic reach of people, present a webinar-esque marketing message, experiment with your followers, and track results.

While you’re producing your video, you’ll be able to view the number of people watching, as well as a stream of reactions will flow across the screen and you’ll see a scrolling list of comments as they come in.

The number of live viewers, reactions, how many people you’ve reached, shares, and the audience’s comments.

Don’t know where to start?

There are a few restrictions when it comes to going Live on YouTube.

Once your channel is enabled, you’ve got three options to start your live stream.

Your channel must have more than 100 subscribers, and you’ll be able to use one of the three options below.

When To Use YouTube’s Live Video:

This is an especially great tool when you have a lot of subscribers and want to promote your live events– and it’s very similar to Twitter Live.

You can also click the “monetize” tab if you’re using Google’s AdSense platform, and add cards to your live event for a trackable CTA.

Once you’re live on YouTube, you’ll be able to chat with your audience and give them an interactive experience.

Instagram is now one of the most popular social media and image-sharing apps available.

More recently, Instagram has jumped at the chance to compete with Snapchat for the attention of younger audiences.

This helps with increasing the urgency of the video to be seen, but detracts from the amount of views ultimately possible.

Use Instagram if your audience is young (between 20 and 40), and if your industry or subject matter is especially media friendly.

If you’re a chef and you make beautiful food, Instagram is your place!!

If you sell large-scale machinery parts that cost over a million each, there are other (and better) locations to spend your social media time (like LinkedIn).

Instagram Stories are best for quick chats with your audience, or when you have something particularly visually-arresting to show off.

You can also pin a comment, which will allow you to keep the conversation on track and under your control.

Having Live Video accessible to the masses is a masterful feat on behalf of the social media platforms mentioned above.

Whether you’re using Twitter or YouTube’s live video to update your followers about your current or up-and-coming events, or using Facebook or Instagram Live to connect with your family and friends or to share a marketing message, live video is changing the way we interact with the world.

Intimate and immediate connections are possible, which gives you the opportunity to expand your audience, share important and relevant content, and reach your target market immediately.

Every day, new trends competing for video space pop up, and Twitch is one of them.

Twitch was recently launched to give desktop users an exclusive experience.

In addition to the regular features we’ve all become accustomed to.

Live voice and video calls can be made, you can find your friends and communicate (much like Skype, but all on the same platform), an exclusive gamer platform, and even a night mode for when you want to stream in the dark.