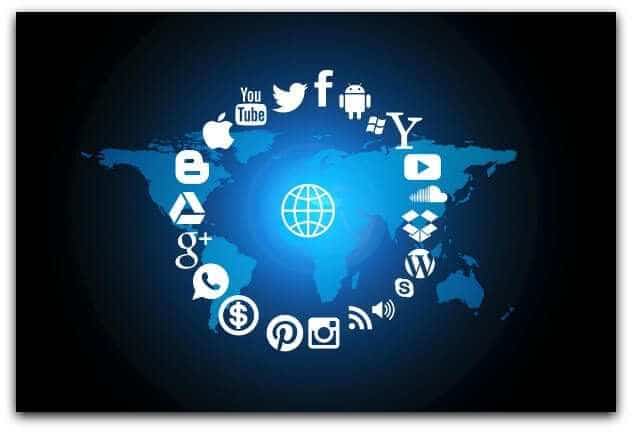 Britney Spears now has close to “50 MILLION TWITTER FOLLOWERS” but she does sooooo much more than just Twitter.

What makes Britney’s Social Media marketing outstanding is the way in which she and her team have leveraged several platforms to build and grow her brand.

This is where most social media marketers fall short – They treat each the social media channels as stand alone “mouth pieces”.

Ideally, all the social media channels need to be work in harmony by feeding off one another.

These social media channels have evolved, since they were launched over the course of several years.

For example, here is the You Tube video for Britney’s own fragrance ‘Radiance’

Radiance (Choose Your Own Destiny)

To increase the fan engagement further, this post was followed by a link to the Britney Spears Facebook presence.

An app used the main theme of the advertising spot, a fortune teller, and showed users different pictures of themselves and their friends in the form of a crystal ball.

These pictures, were taken from the respective user’s Facebook photo albums, and were followed by a video of the Radiance spot itself.

Britney Spears and her team use these platforms to remain in close touch with her fan base and to interact with the target audience on a regular basis.

When someone decides to follow you on social media, it’s because they like you and want to know more about you.

They take pride in the fact that they are ‘in the know’ and that they’re part of your “inner circle”.

They expect to learn what’s new before the rest of the world.

Britney doesn’t give interviews to tabloids and news channels any longer.

Instead she communicates through the Social Media channels, very clever indeed.

Even press announcements are fed through Social Media.

This makes your loyal fans feel special and appreciated, since they receive information as soon as, or even before, official press representatives.

This ensures there’s consistency between data available both online and via traditional media.

The media team even tries to ensure consistency with third party applications, such as the Breathe Heavy Blog maintained by Jordan Miller.

According to her Social Media Manager, Lauren Kozak (2009), the company uses all these sites ‘‘to play together, to intermingle, and to drive traffic back and forth using the main site as the hub in a spoke and hub model.’’

Hold It Against Me (Video)

Let’s see how the launch was handled…

The single was first played officially during the nationally syndicated Top 40 radio program ‘On Air with Ryan Seacrest’ in January 2011.

It was found that four days before this official release, a demo of the single had ‘leaked’ and was available via YouTube.

On the same day, Britney Spears took to Twitter and drew attention to the leaked single with a tweet:

Heard an early demo of my new single leaked. If u think that’s good, wait til you hear the real one Tuesday. -Brit http://twitpic.com/3nmv63

This tweet, and the “leaked single”, resulted in considerable press coverage for the single even before its premier.

Sometimes It Pays To Take Risks

In the case of ‘Hold It Against Me’, the video was not even produced at the time of the January 10 launch.

Instead, it was released on February 17, more than 5 weeks after the official release of the single..

How did Britney and team manage to keep the interest alive for such a long time?

The video was actually shot on January 22 and 23 and Britney cleverly used these two days to create even more buzz around the album by providing interesting snippets and updates on Twitter about the progress of the video shoot.

For example, on January 22 and 23, Britney posted, accompanied by a picture from her on the set:

Day 1 of the HIAM shoot with Jonas. Such an incredible experience. I think this will be one of the best videos I have ever done. -Brit

Teaser videos were shot and uploaded on YouTube - One every day for 14 days.

The way the teaser videos were shot was very interesting too.

The initial 13 teasers lasted between 5 and 13 seconds each, gradually increasing in the length,  and the final one–— which was aired a day before the final launch, on February 16–—lasted 30 seconds.

This gradual build-up resulted in heightening curiosity of her fans and stoked their insatiable fires.

Each video was viewed well over “ONE MILLION” times.

To create buzz around the launch, the grand premiere of the entire video was accompanied by a live discussion on MTV.com whereby choreographer Brian Friedman, Jordan Miller from www.BreatheHeavy.com, and some MTV celebrities gave their opinions of the clip.

Britney and her team have used product placements rather intelligently throughout the video, which was a unique release strategy.

The video has cleverly included several short sequences during which four products and logos were displayed prominently:

What were the reactions to the Hold It Against Me single?

Britney fans used the music of this single to produce their own remixes, which were their impression of what the final version would look like.

Such videos became so popular themselves that they managed to create their own fan bases.

Totally over 2000 video remixes were received.

The trend of creating fan impressions did not end here.

Before the launch of the video, over 400 fans created their own clips with their own choreography.

This was their impression of what the music video would look like finally.

Britney Spears and her team encouraged this development of user generated content by mentioning these videos on BritneySpears.com.

One video, choreography produced by one fan was featured on the website on February 16, one day prior to the official video release, and was viewed over 180,000 times

Being featured on BritneySpears.com was perceived as a huge privilege by all fans, resulting in further snow-balling in the amount of user generated content.

In addition, the single was exclusively launched on iTunes for the first week.

During this period, the single was downloaded 411,000 times!!

…… and the best sales week for a digital song in Britney’s career.

As was expected, the song quickly jumped to the top of the iTunes charts.

It touched the top of the charts in 16 countries:

Britney Spears and her Social Media Manager Lauren Kozak made a strategic choice of concentrating their efforts on three main social media applications.

When it comes to social media, more isn’t always better. According to Lauren Kozak (2009):

“Remember that social media is a toolset for you; it is not necessarily a checklist or a list of sites you have to have a presence on.

Look at your strengths and weaknesses, look at the features sets of any different kind of social media tool, and see what makes sense for you.”

In case you have a lot of information to share which keeps getting generated constantly, you may want to look at Twitter.

If your posting isn’t going to be so frequent, Facebook might be a better fit for you, or, even a personal blog that give more control over the information flow and resulting comments.

Why Did The Strategy Work?

The strategy of leaking the demo tapes, posting teasers, and spreading the product launch over a period of several weeks, Britney Spears and Lauren Kozak were able to clearly judge the tastes of fans.

The fans loved the song, as indicated by the significant number of remixes and choreography posted on YouTube.

The companies that lack success with social media marketing either fail to give regular updates or simply use the tools to distribute canned advertising messages.

Lauren Kozak has this to say:

“What companies need to do instead is to make their users feel cared about; feel loved, feel listened to.

But they can do that in a larger way without it being a direct one-to-one, two-way dialogue”.

For example, by featuring certain select fan videos on the website the company managed to create a feeling of community and interactivity.

This activity, since it was user generated, was very manageable and affordable.

The media team paid close attention while communicating with fans in their own unique voice.

They made sure that the language used on Facebook and Twitter was consistent with the way friends would speak to each other.

There was also a clear indication to make the fans realise as to who was putting up each post.

Such honesty is important to differentiate between messages posted by the team and postings by Britney herself.

So much thought and planning had gone into making the launch a success that it resembled the work of a expert surgeon.

Not only did they listen to their fans, they also took acknowledged their feedback.

Learn to listen first – As relevant for the average company, as it is for a pop music princess like Britney Spears!!

Dr. Prash Shanbhag is an experienced marketer with a passion for research in digital marketing strategies. 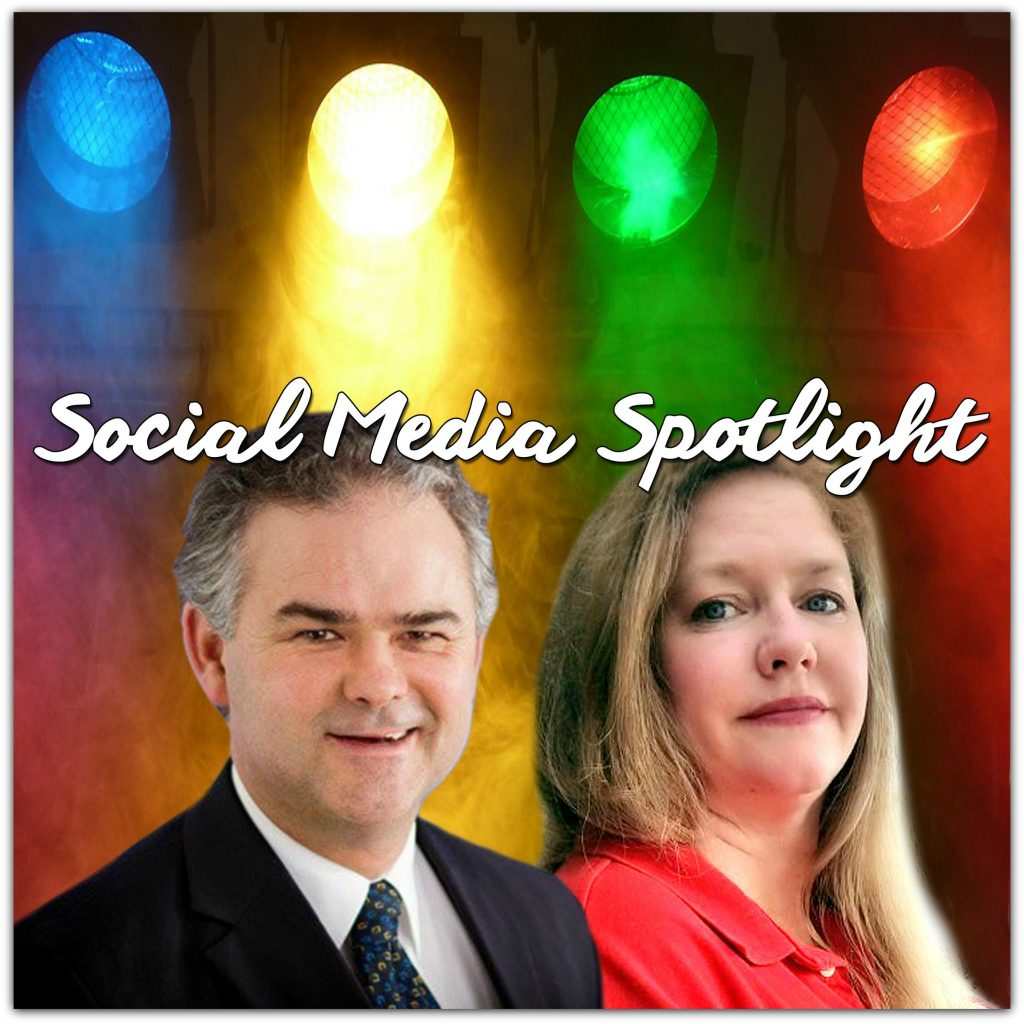