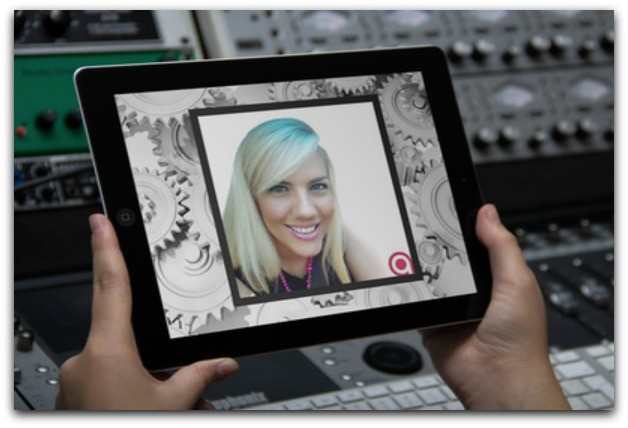 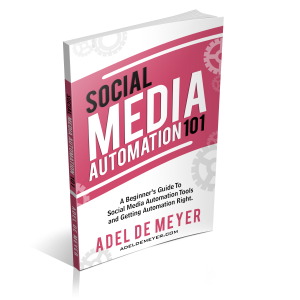 Tools Discussed In The Podcast:

Automation Should Not Replace Humans In Social Media

Automation is something of a divisive issue in social media marketing circles. While some see automation as a helpful - even necessary - element of their overall social presence, others see it as counter intuitive, going against the very foundations on which social media is built. It is, after all, “social” media, there’s a distinct emphasis on interaction, but as with everything social, it’s all about balance. There are ways to utilise the benefits of automation without turning your profiles over to the robots.

And here’s the thing – in a world of ever-multiplying social media platforms and content options, putting in the hours required to build and maintain a productive social media presence can pose a major challenge. A recent survey by Social Media Examiner found that 41% of marketers are spending 11 hours or more weekly on social media, time that many business owners simply don’t have. And even more relevant - what if you’re simply not able to be online at the peak times at which your audience is? You have to run your business, there are hundreds of other tasks demanding your time. In such a scenario, automation can be a lifesaver, enabling you to capitalise on the opportunities presented by social media in a structured, planned and organised way. In your time, in the hours you have available to do so.

Automation, when done poorly and with no regard for your audience experience, can be a major turn-off for potential customers. But done right, automation will be a key element in establishing your most functional and effective social media presence.

The Rise of the Robots

Automation tools rose to prominence in the late 2000’s. Mostly an enterprise level offering, the original focus of automation centred around e-mail marketing, generating automated e-mail responses based on customer actions on websites, but as social media grew, so too did demand for tools to manage and maximise the medium for marketing purposes. According to Marketing Automation Insider, the automation industry is now worth more than $1.65 billion worldwide, with enterprise-level tools like Hubspot and Pardot leading the way.

On a smaller-scale, for SMBs looking to maximise their own opportunities and understand how to best utilise social channels, providers like Hootsuite, Buffer and Sprout Social are among the most utilised social media management platforms, enabling automation of and monitoring of various tasks. While there is some hesitation around automation, tools like these can genuinely change the way you think of and approach social and help highlight the way forward to better reach, communicate with and engage your audience.

The most important thing to remember in automation is that it’s a tool to get you from one point to the next. Automation should not be used to replace a human, but rather, automation should serve a complimentary function. If you’re using automation to replace a function that a human can and should do, to try and trick the person you’re interacting with into thinking they’re dealing with a person, that’s where automation veers into questionable territory, and where the negative connotations begin.

Automation works best when it actually enables you to do more interacting, to get to the point where real interactions can take place. Using automation to send out a link via Twitter at a time when you’re not actually able to be there to send it, that makes sense, as you’re sharing content with your community, you’re highlighting your industry knowledge whilst also helping others. Using to automation to reply to someone who tries to interact with you based on that initial connection, that would be wrong, as you’d be using automation in the place of yourself, where you should be interacting and fostering connection. Real people need real responses – you cannot automate engagement.

So given this, how can we use automation in an acceptable way, a way that won’t get our followers off-side and that will help us streamline our social media process? The answer? Think like your audience. Do you like it when you get a clearly automated direct message on Twitter when you follow someone, does that feel genuine and welcoming? No, it doesn’t, so don’t do that to your followers. While people have varying interpretations of acceptable levels of automation, a general rule of thumb is to always think of the actual customer experience when considering automation. Would it annoy you if you were to find that message was sent automatically?

What Can You Automate?

The following is an incomplete listing of some of the more commonly automated tasks in social media marketing.

And the list goes on – as you can see, there’s a wide range of ways to utilise automation, and it’s hard to tag all of them as being overly beneficial or overly robotic, it largely depends on how you use them.  For example, Socedo is a platform that automates interactions with prospects on social media via its lead generation algorithm. Using Socedo, you can reach and connect with prospects by setting up an automated system that will, for example, favourite a prospects tweet on Twitter then follow that prospect an hour after that. The system will detect which tweet to favourite based on whatever parameters you want to use – so you could seek out tweets about “digital marketing” in “Australia”. When, or if, that person follows you back, Socedo will then send an automated message to that prospect with a message like:

“Hi [First name], I’ve enjoyed your tweets on [Your topic here], thanks for the follow.”

Or something along those lines. This is extreme automation, and probably a step too much for most, but it can be done in a way that seems genuine, and it can produce great results – to say you should definitively not utilise these steps may dissuade you from finding the method that works best for you – however, one automation tactic that has a particularly bad name is Twitter auto-DMs. Utilise them at your own risk.

Building a brand in social media is all about consistency. It takes time, it takes effort to build an audience online, and the only way to get there is to be present, to be active. There’s no reason for people to follow you if you only post once every six months - there’s nothing in it for them, you’re doing very little to build your brand. But if you post regularly, if you become a reliable source of information in your field, people get to know you, they build a familiarity. You build your brand. Without consistency, it’s hard to create that presence.

The problem with that is you need time, a resource that’s, at best, inconsistent for most businesses. One day you might have a couple of hours to go through and read and post content, another day you might have 10 minutes. Other days you could have no time free, and those are the ones that cause gaps. Many businesses, many managers have abandoned social media marketing because of this type of inconsistency – without that sustained presence, you’re not able to establish audience reliance, and without reliance, they stop looking your way, engagement levels drop, and your results seem ever more distant.

The same can be said of events – if you have an event coming up, it makes sense to publicize that on social channels, but you want to do it at the optimum time, then you forget, then the event day comes and you never got round to posting the right update. For many, it’s time failures like this that lead them to thinking social media is a useless platform, but all of these issues can be solved with automation. If you can set aside an 30 minutes each day, you can build a reliable, consistent social presence, all planned out and scheduled at the optimum times to reach your audience – while monitoring and responding on social remains another element you need to stay on top of, automating tasks like content distribution can streamline the process, giving you more time to focus on those elements.

So, in summary, what are some of the ways automation can be used to facilitate better social activity and an improved social presence?

Using these aims as a guide, you can start to see how social media automation can provide significant benefits, and how, when used right, it can be used to boost and enhance your social strategy, enabling you to focus on engagement and on providing for prospective customers looking to interact. The key fundamental remains – automation should not be used to replace something a human can, and should, do.

How would you feel if you were viewing your social presence from the other side?