THE AMAZING POWER OF ONLINE NETWORKING 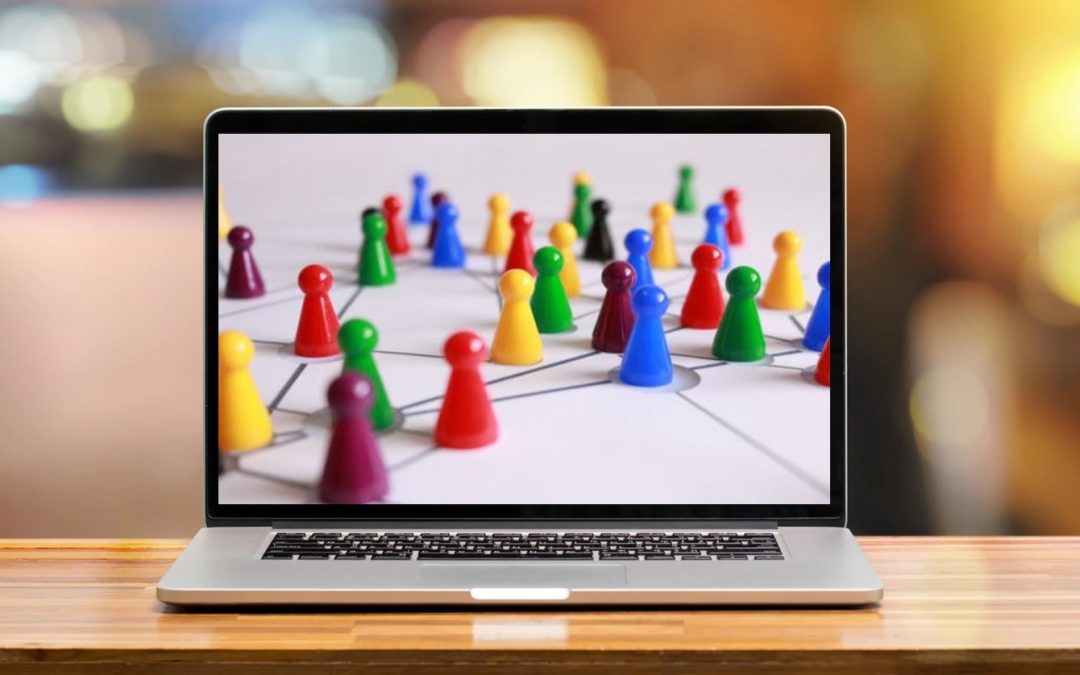 Inspired by an original article from Marc Jarrett 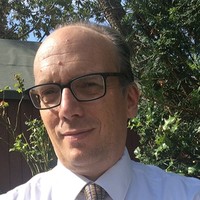 We’ve all been there.

You’re at a networking event and meet someone with whom you have nothing in common.

But it’s already too late.

They have started giving you their “spiel”, wasting both your time and theirs.

I make a living out of introducing Business to others and as such, I am a voracious networker.

It’s the backbone of what I do best – facilitating introductions.

Powerful Women Are My Sweet Spot!!

Earlier this year, I was invited to take part in a new form of networking powered by WhatsApp Groups, otherwise known as ‘pods’.

After paying a small amount of money to the guy that invited me, I was given two links to, one for LinkedIn posts which I was to post daily, the other for general chat.

By liking and sharing each other’s content, the power of the crowd saw to it that we all enjoyed significantly more views than we would have done by operating autonomously.

All went well for a while. In fact, it was really fun!

I was getting to ‘meet’ new and interesting people and absolutely enjoyed engaging with them.

Working from home can be a solitary existence, so an outlet for banter and general chat was a welcome addition to my life.

….. but then the problems started to set in.

The gatekeeper tightened his rules, and I was told to post even more.

After having been self-employed for as long as I can remember, I’m not very good at being told what to do.

Not long afterward, I started getting busy in a pod run by the most hyper-connected networker I know, @ThomasPower

I will never forget the day he came to my house.

It was back in the day that we still used cables, and my LinkedIn exploded.

To this day, I still don’t know what he did.

There was already an interesting crowd, and I have since invited new people from diverse backgrounds who all share an interest in Business and Technology to join the party.

Its curator @Michelledh is the UK’s Queen of Social Networking and has recently been nominated as ‘Community Manager of the Year’ by Social Media Marketing Awards.

I also run my own pod called #FactsMatter – the only criteria for membership is thinking that Brexit is rubbish and sharing non-spun news on this momentous subject.

Through this ‘work’, I have had the pleasure of engaging with an extraordinary bunch of people.

People such as the delightful Mary Kurik, America’s networking Queen.

Or an economist that rubs shoulders with Banking CEOs.

A former Investment Banker, Ironman, who lost it all after breaking his back but is ready for the relaunch.

There’s even a record breaking globetrotter who has traveled to every country on the planet without flying!!

The great thing about this kind of networking is that it facilitates ‘real world’ face-to-face meetings with two parties that have already ‘connected’ and identified a common interest beforehand.

My latest and unquestionably the most exciting project involves helping roll out the world’s first collection of art prints to be authenticated with a new type of code that is literally game changing.

This will raise money for an interconnected global project whose goal is to take waste plastic and turn it into green energy and using the power to produce pure clear drinking water from the atmosphere.

I met the remarkable brains behind this project, a leading authority on plastics, through this form of networking.

It is also very rewarding to watch individuals whom I have introduced ‘click’ with one another, in real-time.

Every time they do, I get a hit of dopamine, so it’s unlikely that I’ll be giving up my new hobby anytime soon…

THE AMAZING POWER OF ONLINE NETWORKING 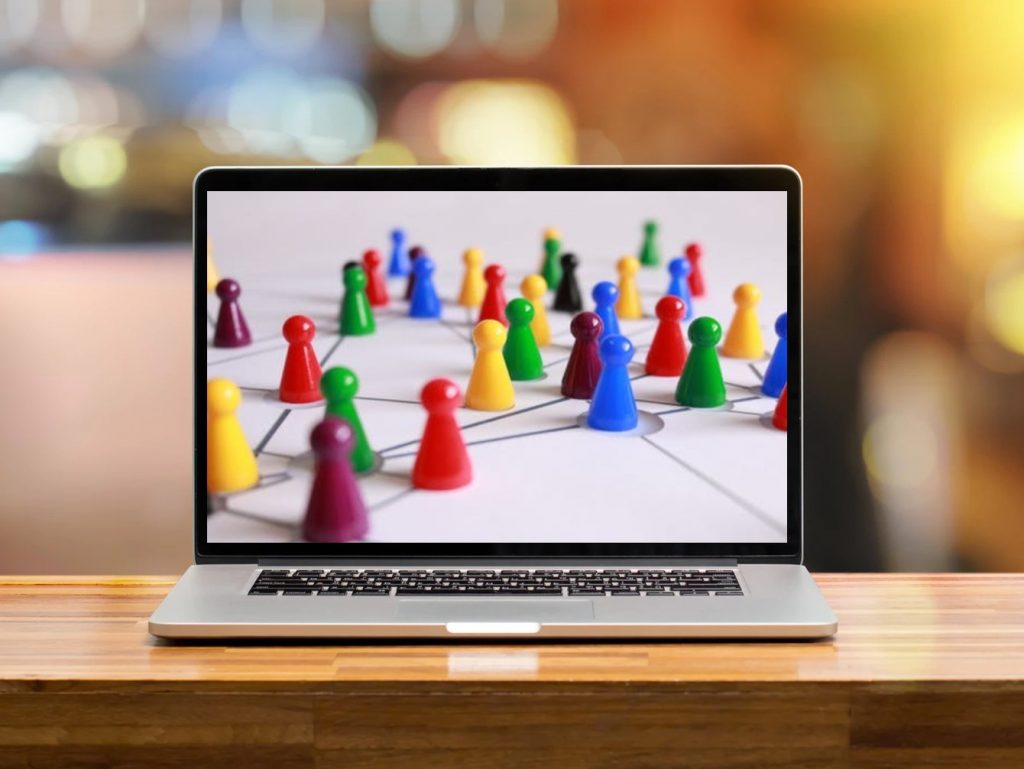 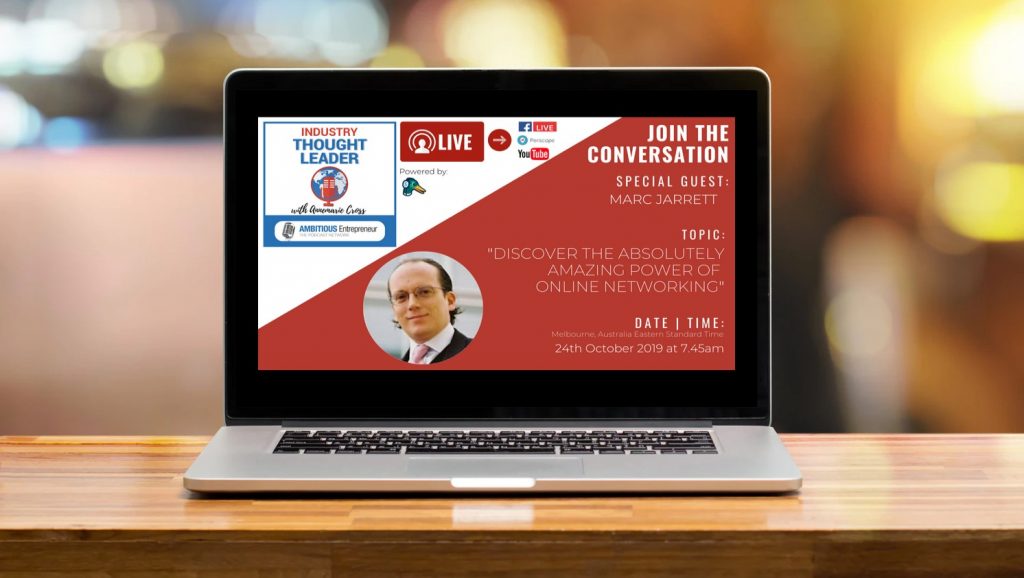 As I mentioned, this is before we even went live and hit record, there’s been a number of my business colleagues, even over the years when when I was in the career industry, they told you that, you can’t do virtual coaching, you can’t do virtual networking, you have to it all face to face.

So share a little bit about how you got into the virtual networking, and maybe some of the outcomes that you’ve seen.

…. and then we’re going to dive into them as some of the common mistakes that you see people make.

So how did you get introduced into this whole world of virtual networking and why do you love it so much?

The great thing about virtual networking is you can cherry pick the people that you want to interact with if you’re if you’re in a large group and you can actually identify who’s relevant, and then connect with them in a mini group.

That’s one big advantage that virtual networking offers versus real world networking because I’m sure you’ve been in situation where your talk, you meet someone at a real world networking event with whom you, you might not have anything in common or you can’t really offer them anything per se not in the online world, for example, they’ve got nothing to do with podcasting.

But you started the conversation, so out of politeness, you have to continue that conversation for a while.

Whereas, with online networking, you can be a bit more selective and not wait Your time or indeed the person that you’re you’re engaging with.