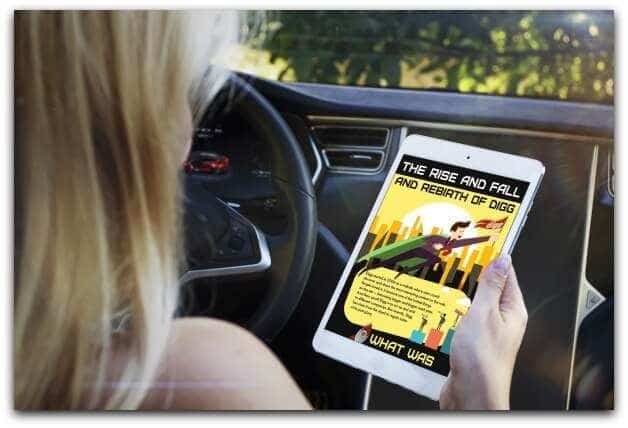 There have been many thousands of websites which have come and gone ever since we were all introduced to the internet, with some casualties more high-profile than others.

A prime example would be the social sharing site Digg.

Digg was launched back in 2004 and quickly established a reputation as the go-to website for users who wanted to discover and subsequently share, some of the most interesting content around.

At the peak, Digg was drawing well over 230 million visitors to the site on an annual basis, but the decline was perhaps as spectacular is its ascent, and just two years from hitting record visitor numbers, it had already hemorrhaged over a third of those visitors.

This turned Digg into something that was hotter than the sun and there seemed to be no stopping it, racking up ever-increasing visitor numbers as the success story rolled on and the site just grew bigger and bigger.

The infographic listed at the bottom of the article illustrates just how Digg managed to get to the top of the internet tree and what caused it to suffer a spectacular fall from grace.

Some commentators seemed to view the decline of Digg with an air of inevitability and predicted that the site would become the first to die from what they termed as social fatigue.

The argument goes that Digg ultimately failed the first time around because it became a victim of its own success, growing in popularity to such an extent that it reached a point where individuals were not able to make any sort of impression.

Unless you devoted a great amount of your time and possessed a good level of insight into how the ranking system worked, you stood little chance of making your way to the front page.

It got to the point where the only stories that managed to make it to the top of the rankings and reach the front page, were those that had been manipulated in some way by voting blocs, which were nothing more than networks of like-minded individuals with a collective purpose of manipulating traffic most of the time.

When you reach a scenario like this, it is hardly a surprise that Digg ultimately found itself in what could be perceived as an out-of-control downward spiral that was going to spell trouble.

Any site, Facebook is a classic example, needs to renew and reinvent itself to a certain extent, so that it evolves alongside its audience.

When Digg managed to shed a third of its visitors in just one torrid month, it was clear that there was a problem, even if not everyone can agree just what that problem exactly was.

Decreasing ad revenue and internal wranglings all helped contribute to the demise of Digg, but something that size doesn’t quite lay down and die completely, which is why it is back, and the new Digg has already managed to grow to have almost 12 million monthly users by January 2015.

Lessons learned from the past, might just help Digg to be bigger and better than at any time in its colorful history to date.

The Rise and Fall and Rebirth of Digg