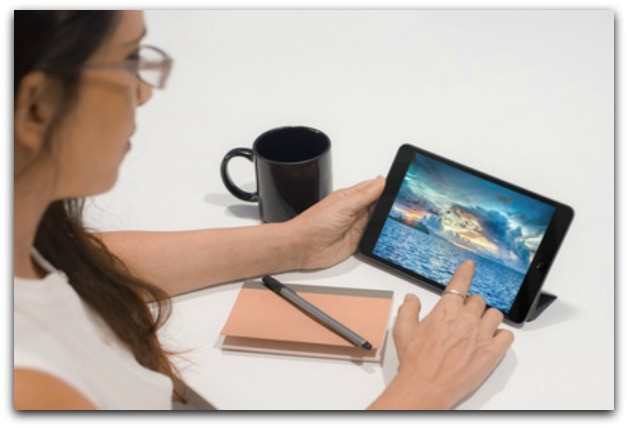 Many marketing people have heard the term “Visual Marketing” - but what does that really mean?

I believe being in the Travel & Tourism industry that it means a great way to communicate the value of travel destinations to a global on-line audience and this could well be the “Hot Button” for tourism growth.

Images have always been a great way to evoke emotion, here’s a brief history.

The Camera: A Great Way To Tell Your Travel Stories!! 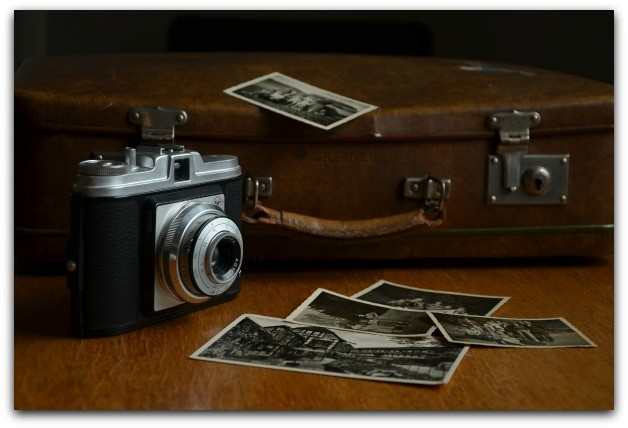 By the 1800’s the camera was well and truly in the public consciousness and it was such a fantastic way to capture images that people could share with friends & family.

Colour photography was introduced much later, we had quite sophisticated cameras by the 1970’s that would allow the user to take a picture and it would actually create the picture for you instantly.

This was the rage for quite some time and travel and tourism operators took advantage of this technology to be able to share photos of their locations.

I remember seeing this a lot back in the 70’s and 80’s when we went on a family vacation to a resort in Northern Minnesota.

Many people would capture the fish they caught and post at the resort where we stayed in the lobby or fish house, along with of course the size, date of when the got caught along with the owners face as well.

This I believe was the step in the right direction especially for fisherman as it created a dream scenario for the fisherman.

I am sure what was going through their mind was ” If I go to this resort, I too can catch a fish like that”.

Many resorts, especially in Minnesota (10,000 lakes) help grow that segment of the industry because of this strategy.

Many more resorts started to pop up and more people from Minnesota and the surrounding five state area were attracted to this and tourism grew from 1975-1985.

More and more people from the Minnesota and other states wanted to go fishing and capture their moments.

After these instant view cameras went to the fast development process.

A user could capture an image by the press of the button and have it developed by a studio who’s sole purpose was to develop the film that was in the camera to print out the pictures faster and quicker then the old process of developing.

The industry created machines that would automate the process so well that it could produce pictures on a roll of film in under 1 hour.

Kodak was leading the way with this.

They even got more creative by creating small shops or drive through franchise stores that you can drop off the film and get it developed.

It created even more memories for people who used their cameras on travel trips with their families. 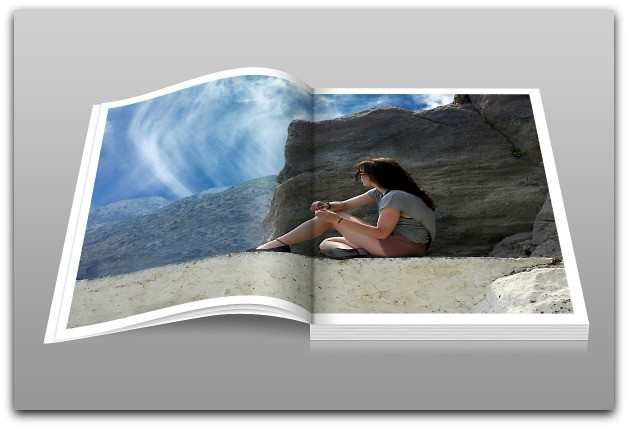 With this a lot of people started to learn how to take photo’s many of them became Professionals and started to reach out to resorts and other vacation destinations.

They started taking pictures to produce pamphlets and print material so that when people went to the chamber of commerce or visitor centres they could see activities that they can do within that town or destination.

Much of this material was sitting in the centres and other locations around town for the visitor to browse and grab.

Many hotels and resorts started to have this little self-service kiosks inside their lobby’s thus improving tourism even more in those destination locations. 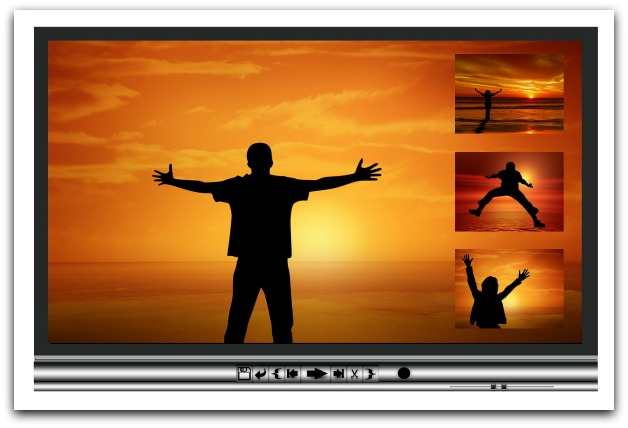 Once the Internet came on the scene and websites were being built back in the 1980’s that is when video was being introduced to this visual marketing concept.

Resorts and other locations tried to create videos that would be done so that they can upload them to YouTube and other video channels of their properties and target people that want to go on these vacations.

They can use this videos and promote. their business by placing in their resorts as reminders of a great time a guest had, send them a video on Video Cassette (VCR / BETA) or just recently in the last 10 years on DVD that they send out as a prospective guest  is researching the places they want to go.

With some video it was embedded into a website so all the company had to do is send them a link by email to check out the video and it could be updated on a regular basis.

Again, just like the technology before it created even more tourism as people could not only see but hear what the attraction was like or what the destination activities were.

Mostly done by professionals like videographers they would help promote the business in many ways using these videos. 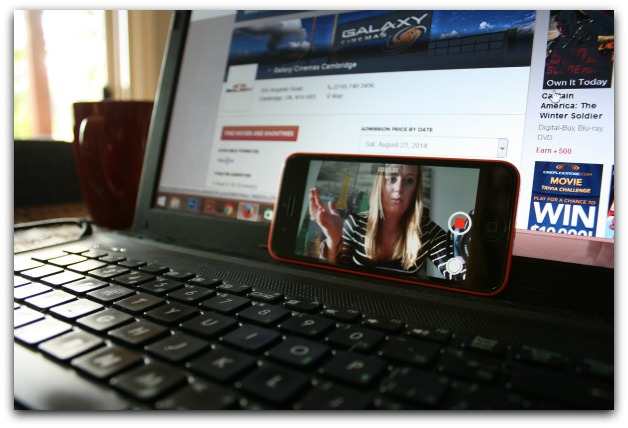 With the video revolution in full swing, the streaming camera came on the scene.

Many people liked that if video can be used for tourism purpose what about live streaming cameras?

Then the notion of placing streaming video cameras at properties to bring in more traffic from not only Local, Regional or National, but also International utilizing the upload speeds of the Internet.

Cameras were developed that would allow people to see these places all around the world with cameras that would be fixed to the Internet cable and then transmit the signal to through the Internet on a website of the camera or other websites with embed code that would be placed inside the website.

These cameras were decent as they did show the view better then a camera could, but it would refresh the screen every 8 seconds, so it was not streaming as it is today.

Today, you have better quality cameras, faster Internet speeds and a huge International travel industry that is looking for a solution to bring in more business.

Many resorts and hotels because of all the amenities many of them have for the traveler, they need to book out rooms on a regular basis.

They need to be above 70% occupancy to be able to create a profit and so that they can operate year after year.

With the increase in speeds for the internet this could be possible that a resort / hotel could in theory place a cameras on their properties beam it to travelers International to see the view in real time even in HD (High-Definition) quality.

It would be a window to view the world like nothing ever thought of before. Streaming video not only captures the moment but can and does evoke emotion for the guests.

Whether they have been there before for remembering the great vacation they had or create a high desire to visit this location live as they see how awesome of a place it really is.

A resort/hotel can not doctor up or make everything look perfect when it is “live” and that is what people appreciate.

“WYSIYG” (What You See Is What You Get)

Live streams are better as they are like watching a video but it is not video that was produced from hours of work.

What you see on the screen is actually happening live someplace in the world at that moment.

Hotels/Resorts are realizing that in order to create new guests and returning guests they have to really show the view from the eyes of a streaming camera.

They want to see their occupancy rates rise and they want guests to book at the location with the “view”.

Live streaming is that answer for visual marketing, from the concept of the simple camera to the more sophisticated technology of live streaming cameras, we all have a way to see the world from a different lens and that is what will cause more tourism to happen and to ultimately create more jobs and more stronger global economy. 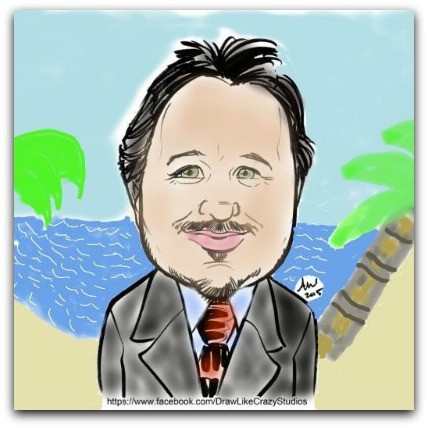 Preston has been working with small to medium sized businesses for over 24 years and has more recently been working in the travel industry developing new ways to market tourism through emerging technology.

Some Additional Resources You May Find Helpful.

THE RISE OF VISUAL MARKETING

THE IMPORTANCE OF GRAPHIC DESIGN