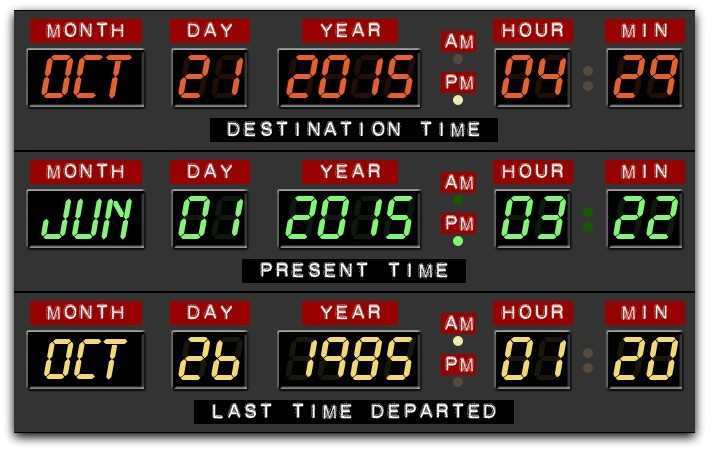 A while ago, my good friend Laura Waage asked me what I’d tell me younger self.

In fact, she painted this picture for me:

So Keith, it’s 1985. Marty McFly shows up at your door to take you back in time. Knowing what you now know, what piece of advice would you give to your newbie self?

I’m bringing this up now because a very special event is heading our way later this year that ties into this notion of advising our future selves:

When Laura first asked me this question, it got me thinking. It’s a hard one to answer.

In 1985 I had just moved to Melbourne – I remember sporting a jacket very similar to the one Michael J. Fox had in the original. I looked every bit as much of a coast guard due as Michael did.

The shoes, the clothes… I was basically Marty McFly minus the DeLorean.

In a nutshell, my piece of advice to myself would be very simple:

“Trust yourself. You’re bloody awesome. You will be OK.”

The more I thought about this at the time, the more I remembered feeling angry. When I was 18 in the mid ‘80s, I had goals and dreams but I just didn’t follow through with them.

I was scared. So much so that I didn’t jump when opportunities presented themselves. And we all know how quickly good opportunities disappear.

Instead, I played it safe… Did the sensible thing. Sucked up people’s nasty comments.

Anyone who knows me will recognise those words instantly… Because that’s the way I talk to myself now and how I live my life.

And I’m the happiest I’ve ever been.

When I talk to my friends, I always tell them to jump in: You’ve got stuff. You’ve got skills… Don’t keep them to yourself because you’re scared. Share your magic and brilliance with the world.

Let people have their limitations but don’t allow them to hold you back and force them onto you.

Surround yourself with the right people, believe in yourself and you’d be amazed at what the universe tosses your way.

Laura: So Keith, it’s 1985. Marty McFly shows up at your door to take you back in time. Knowing what you now know, what piece of advice would you give to your newbie self?

Keith: Oh wow, this is the best question of all the 15. I spent a bit of time on this one.

In 1985 I had just moved to Melbourne, I had one of those jackets he had in Back to the Future, the original one where he went back and looked like a coast guard dude. I had those shoes. I had his clothing. In fact I probably bought it as a result of the movie. I don’t have the DeLorean though. So I think the big question if Marty McFly came to my door is I would say to myself, “Mate, just jump in. Don’t put up with all that shit that you did because you’re scared.”

Now I’m going to leverage this out because this really made me angry when I thought about this. I was 18. I moved to Melbourne. I had goals. I didn’t do them. I was scared. I didn’t jump in when the opportunities came. I played safe. I did the sensible thing. Maybe that’s OK for some people. But what happened was it just dragged out. People said nasty things to me. I sucked it up.  I should have knocked them down. I sucked it up. I’m too polite.

So I think what I would say to my self is, “Mate, jump in. Trust yourself. You’re bloody awesome. You will be OK,” because that’s the way I would talk to myself now and how I sometimes talk to my friends. Look, jump in! You’ve got stuff. You’ve got skills. Share your brilliance with the world and don’t be scared and don’t accept what people think their limitations are and force them to you. I mean we’ve all had this story. We hang out with people that don’t want to do it and they force you down. Yeah.

This post is part of something bigger that Sarah Cannata & I have been planning for months.

Back To The Future Day Is Finally Here!!