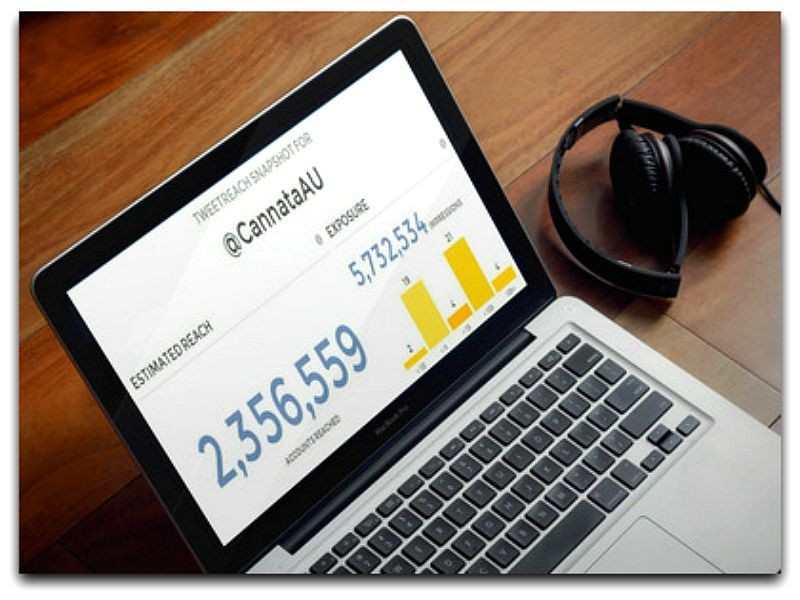 Over the years, I’ve worked with a broad range of clients across the globe looking for Twitter marketing solutions to provide them with that extra added boost for their online.

Regardless of their background, every Twitter newbie believes this myth:

So, let me point out, the number of followers you have is important. It does sound pretty cool to tell people you have 34,000 (ish) followers when pitching an idea to them.

Realistically though, it’s your “TWEET REACH”  that is much more important.

Why is Tweet Reach so important? Let me explain using 2 examples…

Twitter Write is all about using professional writer, Sarah Cannata, as a case study to showcase how Twitter can act as the launching pad for a writer’s career.

Like so many writers and creatives out there, Sarah is awesome, but she’s competing in a world full of talented people.

So, I’ll give you two examples to illustrate what I mean in terms of reach and followers here.

Out of these followers, Sarah has already managed to connect with some of them directly and organised some meaningful projects.

A key part of her engaging with these people stems from the fact that through her tweets and shares she’s managed to reach over 2 million people.

How many times in Sarah’s career would she be able to say she’s reached 2 million people around the world?

(Double but totally focused on getting new followers and not interacting)

Sure, many more people are following Sarah but often newbies to Twitter don’t take that extra step of thanking people for connecting and investigated whether any joint ventures may be possible.

One looks better on face value (example 2) but the other, is far more valuable when you dig a little deeper.

TWEET REACH really is a great site and allows you to quickly see how many people your tweets (and retweets) have reached.

Twitter really is the launching pad… Use it wisely and reap the rewards!!

Here is the series so far -  I hope you enjoy it.

(One On One Coaching Via SKYPE)