FOR JENNIE ARMATO’S
SEMINAR ATTENDEE’S ONLY … And Growing Every Minute!

To celebrate the ENTREPRENEUR SUPERSTAR INTENSIVE in Melbourne, we are pleased to offer you a $150 GIFT CERTIFICATE
This means that you will receive four (4) 60 minute “Laser Focused” Twitter Strategy Sessions for just $347 (exclusive of GST for Australian Customers)
This offer is “STRICTLY FOR A LIMITED TIME” and must be booked and paid for by Monday February 28th 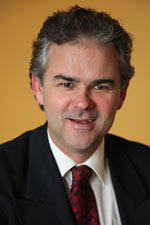 Keith is considered to be amongst the “Twitter Elite” and is fast becoming known as one the “GO TO GUY” for all things Twitter.

He is also a Career Change Coach and the co creator of the widely acclaimed Internet radio show Career Success Radio, which he co-hosted for over two years with Annemarie Cross and was listened to in over 120 countries. The guy really is GLOBAL

You’ve heard him speak so you know first hand, that one of his major strengths is building huge lists of Twitter Followers. He’s the guy to have on your team if you are serious about building your Twitter presence.

Do You Want Keith to Help You Take your Twitter Presence From
Zero -1000 Followers or more in less than 28 days?

From the Desk of Keith Keller:

Isn’t this so exciting!  First up, I just want to say thanks to you guys for taking part in Jennie’s super fantastic weekend.

Just for you guys, I’m offering a massive $150.00 off my TWITTER INTENSIVE package. Usually I sell this one straight off my site for $497.00.

My favoute phrase is “SHARING IS BETTER THAN CHOCOALTE” I just loooove to share. Afterall, isn’t that Twitter with capital “T”?

Now I would love to have that same experience with you through coaching you personally, one on one, helping you to grow your own Twitter followers into thousands, just like mine.

It’s going to be so much fun working together, wouldn’t you agree?  Let’s get started straight away, so that I can I teach you the quickest and fast strategies to apply to your own Twitter page so that end up with a huge list of followers like mine.

So take advantage of this special offer and come and spend half a day with me. Spread out over Four (4) 60 minute “LASER FOCUSED” coaching sessions, I am going to personally show you how to build a huge list of followers.

See you on the other side, where I am going to share my best kept secrets!

The Secret is revealed ….
The Fastest Way Too Twitter Success

Honestly!  Where do I start?  There’s so much I want to share with you, I couldn’t possibly get it all down on paper!   I mean you met me!  I loooove to chat!  Writing is not my thing!  Anyway, here’s a taste of some of the fantastic stuff you will learn, so that you gain insider know to the fastest way to Twitter success.  With me working alongside you personally, if you follow what I teach you, you will become an expert in how to:

PS:  I honestly don’t know what else to say.  It’s all so exciting. I am the entre, main and dessert type of guy … In fact.  You know what?  I looove sweet things!  I just can’t help it.  They are my favorite!    Sssh..  So okay, I’ve just given one my biggest secrets away

PPS: I’m telling you though: what I’m offering you today is the crème de le crème of desserts! True!!  The Social Media Scene changes daily.  It’s hard to keep up with it all. So let me help you out by being your social media sleuth who can fast track your way to the top, inside that goliath platform, known as Twitter.   I swear!  For $347.00 why be left behind … and you will be if you don’t keep up.

See you on the other side, where I am going to share my best kept secrets!

What you will learn spending time with me, will give you skills that will not only make fast highly noticeable differences on your Twitter page, but will be with you for life   … the pay back to you will far outweigh the cost of my coaching

So what are you waiting for? This is not the right time to procrastinate.  You’ve seen it yourself.   The followers are literally growing by the minute!

The decision is a simple one really:
You either settle for average pulling sales numbers of followers or – you learn the insider secret strategies and skills so that you can continue building thousands of followers long after I’m gone!

See what I mean about an easy decision? So go ahead and hit the button below. I’ll catch up with you at our first coaching session – How exciting! it’s going to be an absolute blast!!

TESTIMONIAL:
“These sessions are the BEST money you will ever spend if you are ready to take your product global. Keith has connections all over the world and because of his mentoring, I have now made contacts to host my seminars in LA, Vegas, New York and Canada.”
Melissa Schembri
Author & Speaker
Find Your Dream Job In 21 Days
www.MelissaSchembri.com