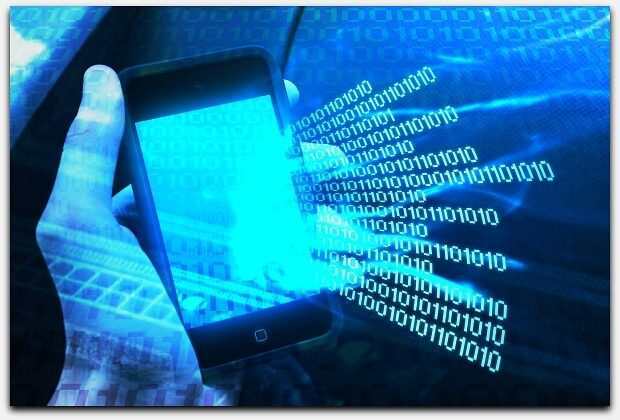 Keith Keller & Tracey Gayner discuss how using Buffer & Dashbird can save you heaps of time with your Twitter marketing and allow you to fit more into your work day. 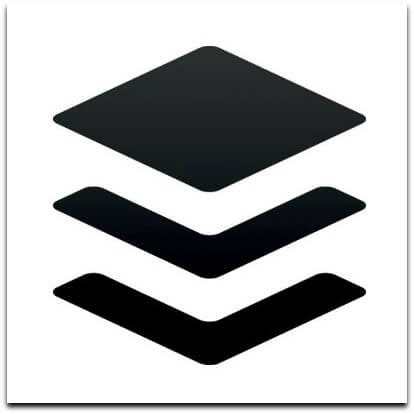 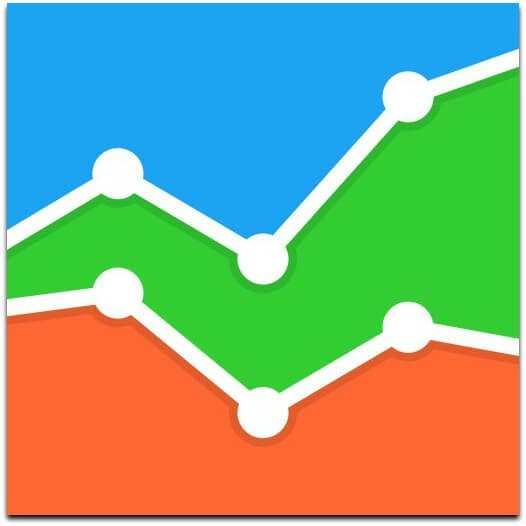 In the last episode, which was technically part 5, had two parts. We took so long that I actually had to split it up.

Both for the Android and the iPhone.

I have an android, a Samsung S4 - Tracey has an iPhone, and she uses it all the time.

She’s going to tell you all about what she uses, which is different from what I use.

In a world where the mobile goes with us everywhere, it’s important to know what apps to use, to save time.

You know that this particular podcast is called ‘Twitter Tips 4 Tourism’, but that we’ve been actually having so much fun that eventually this is going to morph into a range of other products.

‘Twitter Tips 4 Success’ is an idea we’re playing around with, and we’ve got a very, very cool freebie for you soon.

We’re going to be doing all sorts of workshops, and webinars, and podcasts, and ebooks, and email subscriber services.

It started off as just one idea, ‘Twitter Tips 4 Tourism’, but it’s morphed, it’s growing and it’s building, and just to keep the momentum going with the case study, on the 20th of April 2016, Tracey had 171 followers.

Now, less than four months later, she has almost 4,000 followers using the methods where especially describing in this series.

So, it’s working. If you follow what we’ve been talking about, it will work.

So, Tracey tell me what apps you like to use and how does the iPhone differs from the apps that are available for android?


Tracey Gayner: My favourite ones would have to be, definitely without a doubt, ‘Buffer’, which is what we’re going to talk about today.

Which we talked about last time in the last episode.

‘Dashbird’ which helps me with the tweet analytics, so it shows me who my top people are and how many retweets and things like that.

Just a little quick thing about putting everything together, like my digital brain, which is ‘Evernote’, which I use as well.

We’re going to talk about ‘Dashbird’, which I think is only available on the iPhone. I’ve never heard of it before talking to you.

We’re actually going to also talk about ‘Evernote’, which lots and lots of people talk about, but you talk about it very enthusiastically.

Tracey: I use Buffer on my phone to schedule my tweets.

I must say here that I actually use ten accounts, so I look after ten different Twitter, Facebook, and Instagram accounts currently, and out of all of those I can get to schedule as much as I like using another app for my ideas, which is one that you’re going to be talking about as well called ‘Flipboard’.

It’s my go-to one, and as soon as I share it with absolutely everything, Buffer just says, “it’s great” and away we go.

It is amazingly easy to use.

The biggest problem that I have currently with this wonderful piece of software, or this app, is that once you have scheduled 100 tweets, that’s it, I’ve hit the ceiling. So, with each profile, you’re allowed to have a maximum of 100 tweets.

I’m using an awesome plan, which is $10 a month currently (USD)

Unfortunately, there is nothing in between the awesome plan and like, a small business plan, which is much, much dearer.


Keith: What you’ve said there is really brilliant, and we really need to decode.

So, the awesome plan of the Buffer scheduling tool allows you to schedule up to 100 in the queue and then you’d have to wait until some of those buffer out.

Most people would find 100 tweets in the Buffer quite adequate.

That’s important for people to know, that the awesome plan is only $10 a month, but once you hit 100 tweets, you will run out of…it’ll just sort of stop you.

It would be really lovely to have something in between, wouldn’t it?


Tracey: I really, really hope that they do.

They’ve got a page on there around that, that says if you would like to put user feedback and say, “would you like something in between”.

I know, I didn’t know that I had ten accounts until I used Buffer.

I think, the important thing is that, 100 tweets all, in Facebook, 100 posts might sound like a lot, but you’ve got to think, “am I tweeting Monday to Friday, how many times a day am I tweeting?”

I mean, for one of my accounts I’m tweeting 17 times a day, and 100 in the schedule, in the queue is still not enough.


Keith: Yeah, well that’s a very, very key point because Buffer actually recently wrote a very cool article that said, based on the stats, 14 times a day is the optimum time to tweet.

I’ll put this particular article in the show notes…

If you think about the day divided into 8 hours maybe for sleeping, and 16 hours for normal waking time, getting up, going to work, coming home, cooking, watching telly, people are doing things all day every day.

You’ve got to capture, and that’s the whole point of scheduling, that you’re capturing people where they are and when they are.

It might be cooking tea in New Zealand, but they might be just waking up in Britain.


Tracey: Exactly, and the other thing is too is that, through all the other different apps and software that I’m using, my top country is the USA.

So, that is a big timezone difference, so most of my tweets are going out, you know, while I’m sleeping.

So, let’s be very clear, the awesome plan is awesome.

I didn’t even know that, because I guess I’ve been using it so long that I’ve been used as you said, tweet 17 times a day.

I tweet about six times a day, so it’s never really occurred to me, that I’d run out.

I manage four accounts, so four times six is about 24, so it’s going to take me four or five days to run out.

You also talk about a site called ‘Dashbird’, which I, until I met you, never heard of.

What is it, and why is it cool? 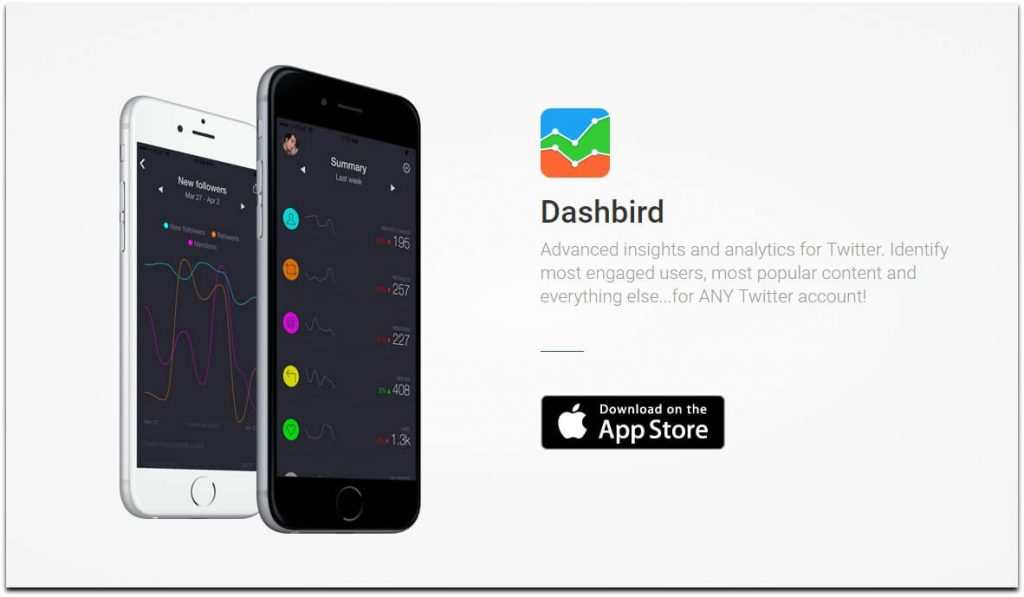 Tracey: I use Dashbird a lot because it gives me amazing analytics. It is a free…oh sorry, it wasn’t a free app, it was, I think it was about a $1 something in New Zealand currency, and I will also put the link to it in the notes.

It just makes it so much easier to manage, to see things, who the top new followers are.

You know, most retweeted, the greatest reach.

It’s amazing to see how far your tweets can travel.


Keith: What are you using the actual analytics for?

Once you know, and this is a very key point, once you know the analytics you’re getting, how are your tweeting habits changing?

Are you starting to access more of those top followers?

Are you tweeting more in line with when people are tweeting?

Or have you found topics that are more of interest than you might have thought initially?

One of the greatest points too is, how many times a hashtag that you have used, for example, we use a lot, Twitter Tips For Tourism, and it tells me how many times we’ve used it in that week, or you can do it specifically and draw it down to the day. It will show you that tweet.

It will show you how many times it was retweeted, the likes, etc.

So what that does is, “ok, if the majority of people I’m wanting to use”…ok, so from the 5th of August to the 11th of August right now, Twitter Tips For Tourism has been used 14 times, and it will actually show me all of those 14 tweets, what times they were, the retweets.


Keith: Yep. And you can thank them.


Tracey: Yes, and that is so important to be able to say, “hey”, you know, “thanks for your retweet Keith, that’s really, really great of you to be able to do that for me.”


Keith: Let me pick up on this idea, because I’ve just hit a milestone that I’m very, very, very proud of.

We talked last week about the idea that I’m doing a podcast and a transcript of everything now.

Every time I do a podcast, I’ve got to transcribe with your wonderful friend Lai, and make sure she gets this podcast, ‘cause she’s doing an awesome job, and so I just recently did a post to say, “here are all of my tweets, here are all my podcasts, and the transcripts that go with them, you know, please retweet that”, and recently had 100 retweets in the last week.

So, at least 100 people have thought it good enough to retweet to their friends.

This is the sort of thing you want to be saying.

You want to go out after all those 100 people and thank them individually, to go into their feed and DM them.

Shout them out for a coffee if they live in your town.

Because they’re doing you a favour by retweeting. I know it doesn’t take them long, but it’s an action they’ve taken on your behalf.

Some posts that I thought were going to shoot off did nothing, and other posts that I’m really surprised by that I threw out, really as a bit of fun, have taken off, and you think, you just can’t know until you try it, can you?


Tracey: Yeah, exactly. I’ve heard the same thing. I mean, I remember saying thanks to somebody very, very early on in the piece, and looking down at it, and it was the most viewed tweet I’d ever done.

It was just something like 1 point something million, and I thought, “damn, what a waste”.


Tracey: I had no idea. But, now I make sure. You know, like every opportunity, every retweet is amazing to me because it’s off their own bat.

They didn’t have to give us social proof. You know, they don’t have to…they don’t know me but they like the tweet so they’re going to retweet it for me.


Keith: This is the reason why social media in general, but Twitter, in particular, is my favourite thing because we’re now, “I’ve got some stuff.

I’ve got a business model that I think works, and I want to share it with the world. Isn’t it great that someone in Argentina or Philadelphia is thinking, “actually his is pretty cool, I’m going to share it with my mates”

Then other people on the other side of the world are saying, “actually this is really cool, can you ring me please, I need to know more about this”.

Let’s rephrase that, or let’s highlight that.

We’re getting real business opportunities as a result of this sharing mentality.

So, you’ve talked about Buffer and some of its limitations, and hopefully, they’ll…and I’ll send this to them, they’ll have a listen to this.

Now something that’s a little bit different but in the same sense……..