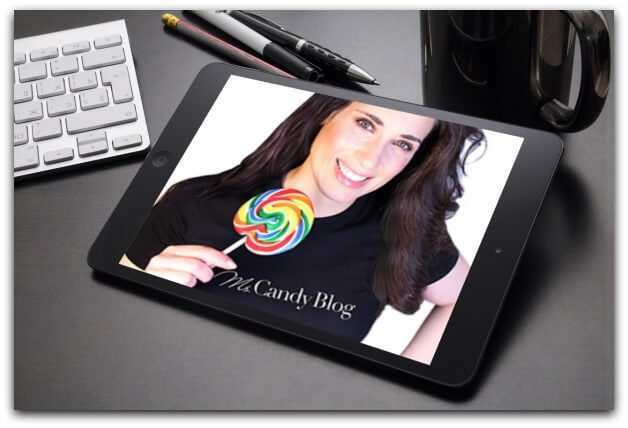 I have always worn my heart on my sleeve, but when I decided to create a brand, I took steps to ensure that my heart and self would be safe.

Ironically, doing so has exposed the very essence of who I am.

Back in 2014, after being out of work for almost a year, I longed to have something which would make me happy which, in turn, would bring others happiness.

Ms. Candy Blog, “where candy is always in vogue”, was born, a candy vlog and persona.

The first creation ever published under the Ms. Candy Blog brand was a YouTube video candy review of the RuPaul candy bar.

I love RuPaul and the fact that he came out with a candy bar when I decided to start a candy vlog was far too coincidental.  That said, I found it very hard to contain myself when shooting the video which warranted several takes.

Between my energy level and tears, it was very hard to give the kind of performance I thought an audience wanted.

After all, I was a new person on YouTube who would be judged and torn apart by the masses in a million different ways and I was very conscious of the perception I wanted to earn.

If perception is reality, then the performance becomes the reality which lives on in perpetuity or until you or YouTube take down your video.

And because I had seen so many other YouTubers’ reception (I used to work for YouTube), I created the videos I thought the audience would want to see: high production value with cameras, lighting and graphics, hair and makeup.

When I finally stopped worrying about what I thought the audience wanted and started making choices based on what I wanted, that’s when things started to happen.  I stopped shooting with huge lights and a camera, stripping things back to a ring light and an iPad.

I was finally able to see the recording device which thereby allowed me to better connect with the audience–I felt it and so did the audience as was evidenced by their comments: “I really enjoyed the more laid lack approach to this video!!

Why not try to use this sort of ‘friend just talking to another friend’ in your candy reviews? Love your videos and keep up the good work!”

But things truly changed when I began vlogging my trip to RuPaul’s Drag Con.

I found myself on the floor of my condo without makeup on top of everything I’d be packing, recording on my iPhone.  I was able to upload the video immediately and get the audience’s thoughts which led me to making more videos–sharing what happened when I met RuPaul and why I love him so.

I never intended to make a video crying in the bathroom of my hotel room in the early hours of the morning, but this was me stripped down and the audience fully appreciated it: “Really remarkable footage. Did not expect to see a moment clearly so genuine and heartfelt. I kind of feel like I’ve watched something cinematic. God bless you!” 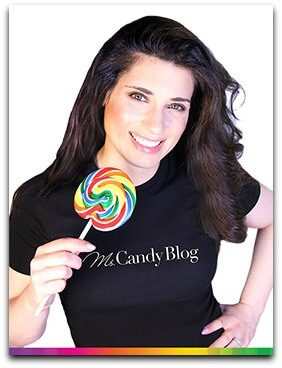 Ms. Candy Blog is “where candy is always in vogue”, a personality driven candy vlog with a focus on candy as it translates to fashion and beauty.

With a degree in English, two in theatre and a background in corporate training, instructional design and community management, Ms. Candy Blog has worked for such brands as Google/YouTube, Yahoo!, J.P. Morgan and Citysearch.

She has trended on Periscope, been featured on GhostCodes, and has been honored by PeriUnion and the BoPoTribe. She has partnered with Candy Jar to share candy which inspired her couture for RuPaul’s Drag Con and Arkon Mounts to promote livestreaming gear.

FACEBOOK LIVE OR PERISCOPE?
3 Key Factors To Help You Decide!!https://t.co/mBjL44d3ao#FacebookLive#Periscopepic.twitter.com/1zKGw0fuKV