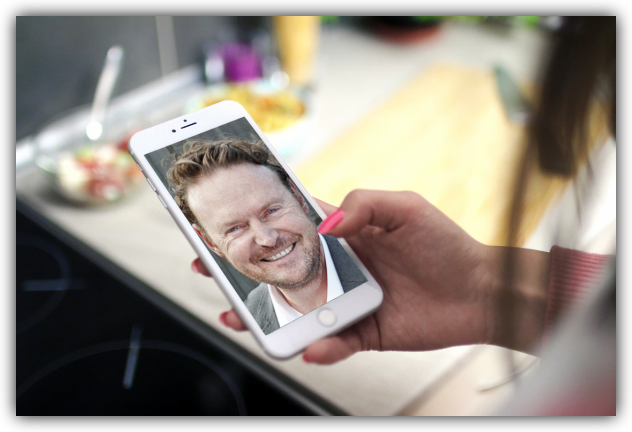 The first of my “MAGIC MELBOURNIANS” to appear on my live streaming video show using Periscope.

It’s a brand new idea that I am trying - Loooove to hear what you think.

Watch The Videos On Periscope

Craig and his staff even made a behind the scenes video while I was filming him on my phone, proving there really is no limit to what you can do to create content.

The Daily Grind (Behind The Scenes Video)

Keith Keller: Hey guys its Keith Keller and today is the first episode of my new Periscope series “Magic Melbournians”

We’ve been chatting all about the newest and coolest variations in the world of Social.

So, first of all, Craig can you introduce yourself, tell people a little bit about what you and your company does as it relates to social?

First of all, thanks for having me..

We are basically in Melbourne, we are a Social Media agency we’ve now been going for; around March it’ll be 5 years for us, and we’re big on creating the content creation for brands and then we base all the analysis on insights and then continually build and build, and build on that content.

Maths is a big thing these days in the world of social content, social marketing,

As one person once said to me

“Without data you are just another person with an opinion.”

Craig: So data is massively the driver in any Social we do these days.people ask me that a great part of how I work, how my brands really win on social media and take their businesses to the next level, has been the ability to have really great creative content.

People ask me that a great part of how I work, how my brands really win on social media and take their businesses to the next level, has been the ability to have really great creative content.

People who can understand the data and turn that back into the content, and then this really strong understanding of making the platforms work for the brands.

Keith: I just want to say a big shout out to Andrew McCauley

Craig: Nice to have you on man

He introduced me to periscope at the Bridge Hotel all those years ago.

Now I’m using it on a new platform Twitter live itself, inside the Twitter app and I’m creating a new show called #MagicMelbournians

When you’re here next Andy I want you to come and be on my show.

Now I really want to pick up on this idea of Live Video versus pre-recorded perfect and perfect video.

Craig: Data suggests now that people are more likely to engage with people the more real the video.

The more real you are, because think about it really just becomes the reality T.V on a live feed.

Keith: Well we’re here today at Edithvale beach and these questions are coming to me.

You’re simply asking real stuff and people are more likely to engage with realism, and that almost sets the tide again for why Social Media works for some brands and why it doesn’t work for other brands.

Keith: It might have worked in the 80’s [Laughter]

Keith: We’re being filmed today by really lovely Millennial who wasn’t born when a lot of things we talk about were very popular

Craig: No, and let me tell you people like this will change the world

Keith: Can I show them, okay, here she is, she’s beautiful, she’s just finished year 12 and she’s a genius, she’s really a genius.

I’m going to get her on the show in the next few weeks, but at the moment she’s a bit shy so I’m going to leave her alone, you know so we’ve got the traditional idea, the yellow pages, stuff in the letter box, pictures or images on page 89 of the paper, T.V ads you know stuff like this is a little bit old hat.

This is brand new, and it’s going to cost me nothing and people really “GET IT”

Keith: You’re a real person who has been running a business for five years

Keith: You could have promoted yourself in the Yellow pages, in the paper, on the telly, on the radio station

Keith: But now people are getting the real story, and the other thing I really want to pick up on, this is really important.

I’ve got a blog and I love featuring other people and you’ve written an article for my blog about Instagram stories.

How does that play out in the world where there are so many social media sites? 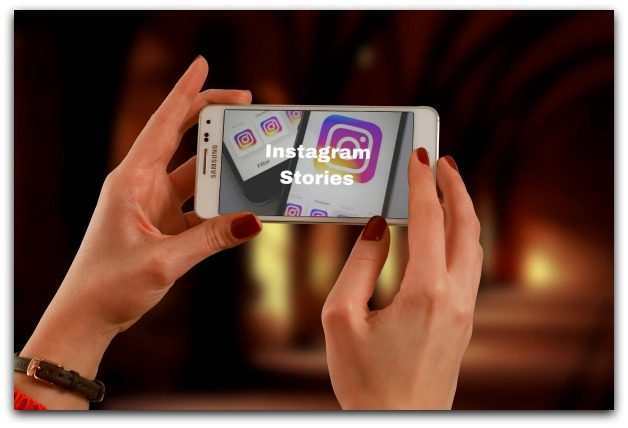 Craig: Snapchat recently brought out a video platform with a short frame where videos disappear after 16 seconds and 24 hours later they’re gone from the platform forever.

It’s creating a relationship you don’t even realize and the people on social media everyone keeps saying oh everyone has their hidden headphones and you know it’s just on a phone, you’re on your phone all the time and there is no real interaction.

People don’t understand you’re creating an intimate relationship and that is the most powerful thing that people can do right now, a relationship.

One relationship can go towards creating a business because that person will say I saw such and such do this in a restaurant let’s go there”, and one person tells a friend,

Then they go there and they Snapchat or Instagram and image of their meal and then if they’ve got 5000 followers all of a sudden all those 5000 followers have seen that., it just balloons, and escalates

It just balloons, and escalates

Craig: Relationships grow, and people need to understand that, the relationship is the thing.

Keith: I want to, I want to share a really good localised story..

We’re at Edithvale beach and I’m very proud to say that our resident Millenial, has heard f this company, even though she has never been there, she lives miles away

There is a company here in Edithvale called Soul Press really fantastic company with three shops now, and their whole philosophy is based around Instagram

Young people coming to the shop and going “this was great, you have got to come here too

Now that’s word of mouth, that’s Kudos from your mates

I could tell you how good my food is, but you wouldn’t believe me

…. but if my friends or your friends told you how good this food is, you’ll believe them and you’ll go.

This company now has three shops and is busy all the time.

Keith: I saw her setting up six months ago, might have been a year ago, I might be shocked to know how long ago.

The point is I saw her painting the shop, and I thought “what are you doing?”

So to wrap why don’t we; why don’t we let you tell people how to contact you if they want to learn more about Instagram Stories, or Live Video or your new series called “The Daily Grind” how can people find out about you?

Craig: I’m also on You Tube with The Daily Grind where we’re dropping some great little tips there.

We’re going to feature this little episode and document this in The Daily Grind and the reason we did the daily grind is basically to show agency life.

Some of the members are still a little bit shy, they come on and be active in the show,

It’ll evolve and it’ll change and it really just gives a snapshot of what we do and how we do some stuff and we give some tips and tricks and secrets to make the social media rock.

Just search our name, you’ll find us there.

Keith: And is it socialclubmedia.com.au?

Keith: Okay and the video is at #TheDailyGrind

We’re doing this sort of stuff, we’re just really trying, but the thing that we’re trying to do, and we spoke about this earlier, is give free content to people, but people will be probably standing around and going ” why the hell are you telling people what to do with social media.”

There is a lot of stuff that goes in at the back end right, that we have to do for the clients, get their brands out there, it’s not as simple as it seems.

We see people saying “Oh I tried Facebook and it doesn’t work” well there are some reasons why, it does work and we are the professionals who do it.

Keith: We’ve been trying this stuff over time - That’s your value.

Keith: This is something that I don’t know anyone else who’s done this

Keith: I’m trying this out as an experiment

Keith: So we can add that value to the client.

They when they don’t have time to do the research.

Craig: Yeah that’s real power and our mantra is:

Today you’re testing this, we’re testing what sort of engagement you get if there is any other followers, who want to follow us and watch this,

If there is anyone who is going to contact you to be interviewed.

You are a really good charismatic person, anyone who is listening, get in touch with Keith and come and have a crack at being interviewed live.

Keith: Well we know who the next interview is [Laughs] Okay I know you’ve got a busy day so we’ll wrap it up. Last thoughts on how people can contact you?

Okay I know you’ve got a busy day so we’ll wrap it up. Last thoughts on how people can contact you?

Craig: Just go to the website or any of the social platforms, contact us through that way, it’s probably best these days. Better than phone calls.

That is about a story of your business or your product, you do one thing if you want to get involved in social, that is the thing to do.

Craig: Create stories and think about how you can tell a story about why people should come and use your product or service whatever it is.

That is absolutely brilliant why don’t we wrap it there and you get back to your busy day.

OVER 30 FREE VIDEOS & PODCASTS TO HELP YOU STAY AHEAD